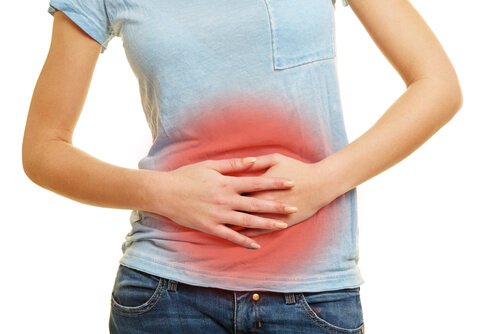 S. boulardii is a commonly recommended probiotic for a number of GI issues, especially diarrhea. This probiotic may also combat bacterial, parasite and fungal infections and support the human immune system. Read on to learn more about the science behind these benefits.

What is Saccharomyces boulardii?

S. boulardii has been prescribed in the past 30 years for the prevention and treatment of diarrheal diseases caused by bacteria. Evidence suggests that this probiotic may be beneficial for IBD and IBS patients [1].

S. boulardii probiotics are in a unique position in terms of classification and approval. While they, like other probiotic supplements, are not approved by the FDA for any medical purpose or health claim, the FDA recognizes that doctors may use S. boulardii in a clinical setting. As such, special care has been advised when administering S. boulardii probiotics to patients who are ill and vulnerable to complications [2].

Talk to your doctor before using probiotics to ensure that you are not at risk for any potential complications.

S. boulardii significantly reduces the frequency and duration of acute diarrhea in children. This probiotic is well-tolerated [5, 6, 7, 8, 9, 10]. It also often reduces the length of ECU and hospital stay in acute infectious gastroenteritis in children [11, 12].

S. boulardii also decreases the duration and frequency of diarrhea, ameliorates abdominal pain in adults, and shortens the hospital stay in patients with acute infectious diarrhea [13, 14].

S. boulardii was also found to prevent traveler’s diarrhea, particularly in regions such as North Africa and in the Near-east [26].

S. boulardii is considered safe to administer to children who have acute diarrhea [27].

One study, however, found no improvement in IBS-D patients after S. boulardii treatment [31].

S. boulardii significantly reduced the numbers of gastric ulcers and the ulceration surface of the gastric mucosa in rats treated with ibuprofen [32].

S. boulardii can be an effective addition in the treatment of patients with ulcerative colitis [33].

In association with doxycycline, it is effective in treating IBD in animal models, in which doxycycline is used to induce remission and long-term probiotic administration helps to prevent relapses [34].

S. boulardii treatment limits the infiltration of Th1 cells into the inflamed colon and inhibits proinflammatory cytokine production in mice with IBD [35].

It suppresses colitis and pro-inflammatory cytokine production and decreases tissue NO levels in rats [36, 37].

In addition to the basic treatment, it reduced the frequency of bowel movements in CD patients [40].

S. boulardii reduced inflammation and dysfunction of the gastrointestinal tract in mice with intestinal mucositis [41].

S. boulardii had a positive effect on reducing the colonization of H. pylori in the human gastrointestinal system, but was not able to eradicate infection when used as single therapy [43].

S. boulardii suppressed B. hominis infection in children as efficiently as metronidazole [53].

One study, however, found no benefit of S. boulardii in amebiasis [57].

In a study of preterm infants, prophylactic S. boulardii supplementation was as effective as nystatin in reducing fungal colonization and invasive fungal infection and more effective in reducing the incidence of clinical sepsis and the number of sepsis attacks. It also had a favorable effect on feeding intolerance in very low birth weight infants [60].

S. boulardii enhanced the immune response in a study of children with pediatric acute gastroenteritis [61].

Researchers are currently investigating whether S. boulardii has other health benefits. The potential benefits in this section have produced positive results in at least one clinical trial, but these studies are small, contradictory, or otherwise limited. Talk to your doctor before supplementing with S. boulardii for any reason.

Prophylactic supplementation of S. boulardii improved weight gain and feeding tolerance and had no adverse effects in preterm infants over 30 weeks old [64].

In a small study of 12 patients, daily supplementation with S. boulardii lowered remnant lipoprotein in hypercholesterolemic adults, a predictive biomarker and potential therapeutic target in the treatment and prevention of coronary artery disease [66].

No clinical evidence supports the use of S. boulardii for any of the conditions listed in this section. Below is a summary of the existing animal and cell-based research, which should guide further investigational efforts. However, the studies listed below should not be interpreted as supportive of any health benefit.

S. boulardii promoted liver function and slowed down the progress of liver fibrosis in rats [68].

S. boulardii ameliorated intestinal injury and the accompanying liver inflammation by supporting the antioxidant state of the tissues and by inhibiting the recruitment of neutrophils [70].

S. boulardii is safe for use in otherwise healthy populations and was even shown to be safe in patients infected with HIV-1. That being said, if you are ill or if you have a suppressed immune system, we strongly recommend talking to your doctor before using probiotics [63].

Fungemia is a rare but serious complication of treatment with S. boulardii, and this probiotic should be taken with care or avoided in immunocompromised patients [75].