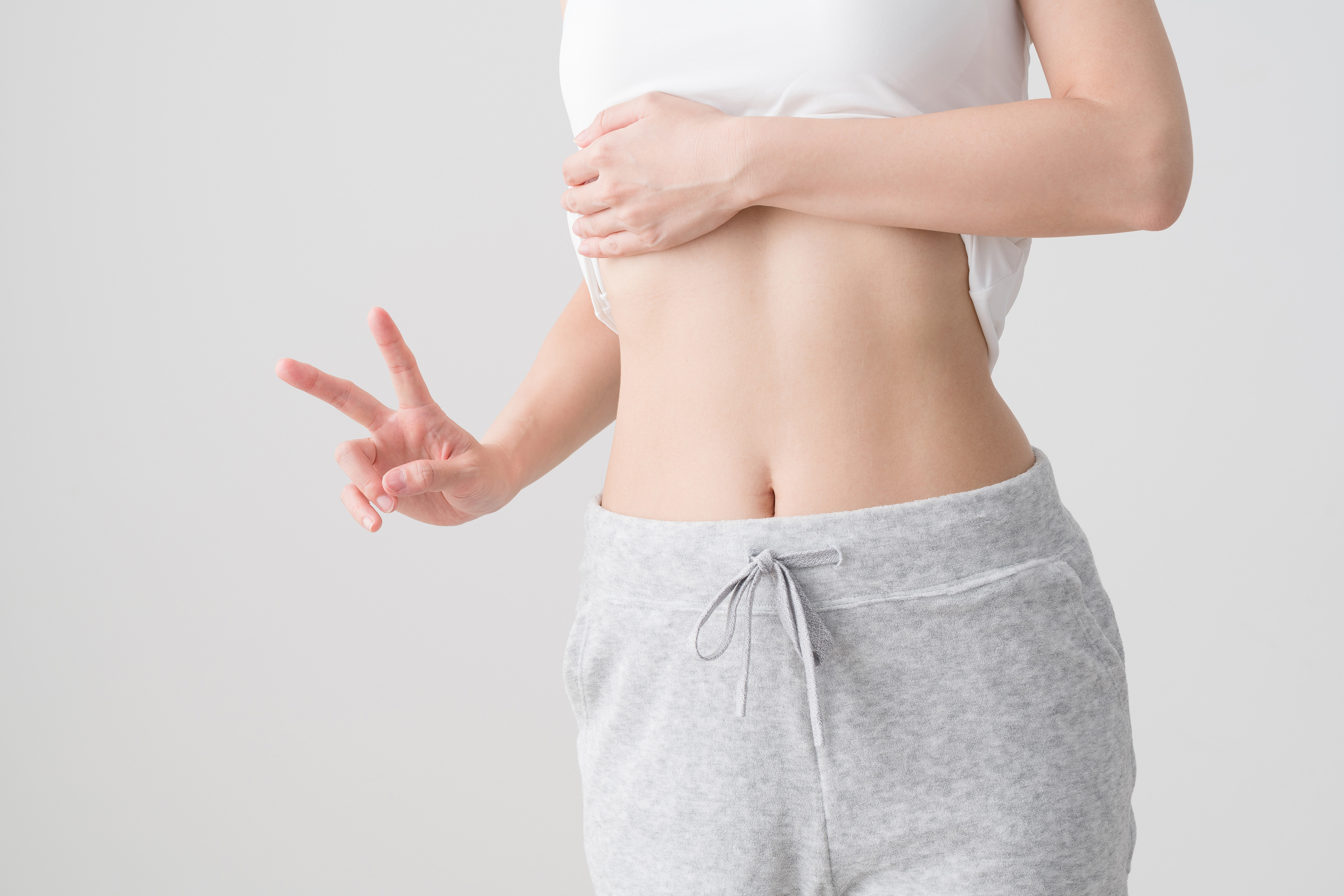 Salicylates are present in a variety of foods and over-the-counter medications. In some people, these compounds produce an allergy-like reaction that can include asthma, hives, and intestinal inflammation. Read on to learn about salicylate sensitivity and how it can be identified and managed.

Salicylates are natural compounds derived from salicylic acid. Plants produce them as a way to fight off predators; as such, they are found in many kinds of food [1, 2].

It’s not clear how common salicylate sensitivity is; it’s been proposed to affect as many as 2.5% of Europeans, but there isn’t a ton of hard evidence to support this number. Other estimates are lower, at less than 1% of the general population [3+, 4+, 5].

These numbers dramatically increase in specific groups: between 10 and 20% of all asthmatics suffer from salicylate sensitivity; 12% of irritable bowel syndrome (IBS) patients report sensitivity to salicylate-containing foods or medications; up to 7% of all people with inflammatory bowel disease (IBD) and food allergies could also be affected [6, 7].

The following symptoms are commonly associated with salicylate sensitivity. Consult it with your doctor if you experience several of these symptoms for an appropriate diagnosis and treatment.

The most common symptoms of salicylate sensitivity affect the respiratory tract. These include asthma, inflammation in the nose and sinuses, and the development of polyps. Doctors often misinterpret the symptoms as allergies [4+].

Salicylate sensitivity is sometimes called a ‘pseudoallergy’: it resembles an allergic reaction, but it technically isn’t one [4+].

In intolerance, the immune system doesn’t recognize salicylates in this way; instead, their pharmacological action triggers symptoms in sensitive people [4+].

Salicylates are good at reducing inflammation because they can block the enzyme cyclooxygenase-1 (COX-1). This reduces prostaglandins, hormone-like molecules that drive inflammation [9, 4+].

However, in intolerant individuals, salicylates also activate a variety of immune cells, including macrophages, mast cells, and lymphocytes. Immune cell activation is thought to be the primary driver of salicylate sensitivity symptoms [4+].

It has also been suggested that infections may “trigger” the development of salicylate sensitivity, although this is still unproven [10+].

The first step toward a diagnosis of salicylate sensitivity is to establish a link between salicylate triggers and the development of symptoms. A doctor should take a detailed history to understand your salicylate exposure and the chronology of your symptoms [4+].

The “gold standard” test for salicylate sensitivity is the exposure test, which is not especially elegant: this test involves being given salicylates orally or nasally, then waiting to see if this triggers the onset of symptoms [4+].

Such tests are done at hospitals, and monitoring is needed to make sure that any especially strong symptoms can be managed [4+].

Importantly, this test can only identify rapidly-developing symptoms – it can’t detect health concerns that happen over a long time, like the growth of polyps [4+].

Blood tests can be used to help diagnose salicylate sensitivity. These tests involve testing the immune cells in the blood to see how they respond to salicylates [6+, 11+].

Several such tests are available; they mostly vary in the cell response being assessed (different products of basophil activation). There is some debate as to whether some tests are more or less reliable than others, so blood tests may be used to aid in making a diagnosis, especially in unclear cases [6+, 11+, 4+].

Blood tests for salicylate sensitivity are not routinely performed. They require expensive equipment and careful analysis, while their usefulness is still unclear

If you react to salicylates in food, your doctor may use the elimination and rechallenge dietary procedure for diagnosis and symptom control [6].

As its name suggests, this involves eliminating potential symptom triggers – salicylate foods and other common sources of antinutrients, such as wheat, soy, and dairy – from the diet. After the initial elimination phase, foods are gradually reintroduced (“rechallenge” phase). You should closely monitor your symptoms during this time [6].

As you reintroduce particular foods and/or compounds, you should be able to identify the ones triggering your symptoms. Once you do, you’ll be able to design a diet unique to you: one that will eliminate the foods you are sensitive to while maximizing your nutrient status [6].

The elimination and rechallenge dietary procedure is no overnight solution. It’s time-consuming and challenging: the whole process can take up to 10 months and needs to be planned well.

Still, this is the number one way to get to the bottom of your salicylate sensitivity (and other food sensitivities). According to clinical anecdotes, the majority of the patients who follow the recommended dietary plan often report major symptom relief [6].

Neither of the above tests is wholly reliable on their own, and some of them are invasive (e.g. biopsies) or expensive (e.g. lab tests and imaging); however, they are useful in aiding diagnosis. Following an elimination and rechallenge diet might be the best solution among them, but only if you are ready to follow the whole procedure through [4+].

Below is a list of foods reported to have particularly high or low salicylate content based on a number of scientific analyses.

It is important to note that some studies have found conflicting salicylate levels in different foods. This may have to do with differences in methods of measurement, food preparation, storage, or other factors that can affect salicylate content [3+, 12].

Additionally, scientists disagree as to how much salicylate people absorb from food–that is, just how much salicylate is “too much” for a sensitive individual. Salicylate absorption can also vary from person to person. For example, more salicylate is likely to sneak into the bloodstream in people with a compromised gut barrier (“leaky gut”) [3+, 13, 14].

Finally, even if you eat plenty of foods high in salicylates, you’ll take in much less than what is found in a single dose of a drug like aspirin (75-150 mg) [4+].

Salicylates are primarily found in plant-based foods and spices; berries are especially high in them. Vegetarians, for this reason, have much higher dietary salicylate intake. Aside from myrtle and willow, coffee contains the highest levels, followed by black and green tea [3+, 15+, 16+, 17+].

Animal-based foods are exceptionally low in salicylates, while some plant-based foods also contain these chemicals in low-enough amounts [3+, 15+, 16+, 17+].

A number of people with salicylate sensitivity will also react to all topical products that contain salicylates or other NSAIDs. Broadly, this includes [19, 20, 21]:

Although various lists of salicylate-free products are available online, we suggest carefully checking the label on each before purchasing any item.

A couple of brands (such as Cleaure and Andrea Rose) claim to make strictly salicylate- and fragrance-free cosmetics.

Here are a couple of common salicylates to watch out for in products:

Benzyl salicylate (and other salicylate esters such as phenyl and ethyl salicylate) are also widely used in cosmetics as flavor and fragrance enhancers. Not only can they trigger a reaction in sensitive people, but they also have estrogen-like activity. Excessive exposure to estrogenic chemicals has been linked to higher breast cancer risk and other hormonal imbalances [22, 23].

Salicylic acid is a common ingredient in face scrubs, masks, and washes targeted at acne- and pimple-prone skin [24].

Be sure to check for other potential skin irritants in the products you plan to use (fragrances, preservatives, and dyes). If you’re sensitive to salicylates or have eczema, you may be more likely to develop a reaction to these ingredients as well [25].

Consult a doctor before you make any major changes to your dietary or supplement regime. Only a qualified doctor can diagnose and treat salicylate sensitivity.

Doctors often prescribe corticosteroids to control inflammation. These can be taken orally or applied to the skin. Your doctor may prescribe other medications based on your symptoms [26, 4+].

Rarely, surgery may be necessary to preserve lung function in people with an extreme overgrowth of tissue in the respiratory tract [4+].

It may be necessary to elicit NSAID-like effects – to dull pain and reduce inflammation – in people who are sensitive to salicylate. Doctors may prescribe alternative medications such as acetaminophen or celecoxib [5, 26].

NSAIDs work by blocking the cyclooxygenase (COX) family of enzymes. As mentioned, their effect on COX-1 is thought to drive salicylate intolerance.

Coxibs like celecoxib affect a related enzyme – COX-2 – causing similar desired effects and fewer adverse effects. That’s why celecoxib is typically safe for use in people with salicylate sensitivity. Your doctor will need to determine if you should take it based on your health status and potential drug interactions [27, 26].

Sometimes, it’s possible to develop a tolerance to salicylates by increasing the dosage in small amounts. There isn’t a set standard for how to do this, and it should only be attempted with the help of a doctor [26, 5, 4+, 28].

As outlined, sensitivity to salicylate in food is often detected and managed by removing salicylates and other food triggers from the diet. As such, following a diet low in salicylates can reduce sensitivity symptoms [3+].

The following complementary approaches may help as an add-on to the medication to control the symptoms and the avoidance of salicylate exposure from foods, drugs, and household products. You may discuss with your doctor if they are appropriate in your case. Never use them in place of what your doctor recommends or prescribes.

Numerous natural compounds act similar to synthetic COX-2 inhibitors. They have a good safety profile, but some of their food sources are not an option for people with salicylate sensitivity (such as berries). If you have salicylate sensitivity, you might feel like you are sensitive to everything [31].

Luckily, there are plenty of “safe” foods and supplements you can take, including the following:

Salicylate sensitivity is rare in the general population but common in people with asthma, IBS, and IBD. The symptoms are similar to those of other food sensitivities, which makes diagnosis challenging. One of the best ways to figure out if you have salicylate sensitivity is to follow an elimination and rechallenge dietary protocol. It will help you identify food triggers and create a diet that’s right for you in the long run. Among high-salicylate foods, berries and black coffee are the worst offenders. Avoid them and include more healthy low-salicylate items such as olive oil, fish (or omega-3 supplements), and animal-based foods in your diet. Choose salicylate-free cosmetics and household products.

Is the Lectin Avoidance Diet Right for You?

If you’ve tried every diet out there, but still experience food-induced health problems, the Lectin Avoidance Diet Cookbook may be exactly what you need. Learn to eliminate the foods that aren’t right for your body and get healthier than you’ve ever been before.