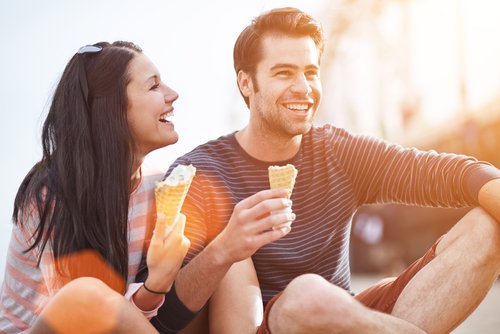 Tianeptine is a drug with antidepressant and anti-anxiety effects. It has been shown to improve the symptoms of depression and beneficial in the treatment of asthma. However, tianeptine is potentially addictive and can lead to abuse or overdose, especially in those with a history of previous addiction.

Disclaimer: This post is not a recommendation or endorsement for the use of tianeptine. The FDA has not approved this drug for any specific medical or other use, and the available research on it is still in a very early stage, without adequate data to come to any firm conclusions about its general efficacy or safety in human users. We have written this post for informational purposes only, and our goal is solely to inform people about what science currently says about tianeptine’s mechanisms, potential effects, and possible side-effects.

Tianeptine is a drug primarily used to improve the symptoms of major depressive disorder (MDD). It has also been used to help irritable bowel syndrome and asthma.

Tianeptine has antidepressant and anti-anxiety properties [1].

Tianeptine has a variety of effects on the body, including motivation enhancement, anxiety suppression, cognitive euphoria, focus enhancement, rejuvenation, and cognitive fatigue [2, 3].

Tianeptine was discovered and patented by the French society of Medical Research in the 1960s. Its brand names include Stablon, Coaxil, Tatinol, Tianeurax, and Salymbra.

Tianeptine is available in some European, Asian, and South American countries. However, it is banned in the United Kingdom, and is not medically prescribed by doctors in the United States due to concerns over its potential for abuse and addiction [4].

Tianeptine has challenged the monoaminergic hypothesis of depression, as well as the proposed monoaminergic mechanisms whereby the action of most known antidepressants was explained [5].

However, no one is sure exactly how tianeptine works or helps the conditions listed. The mechanisms listed are potential mechanisms by which it can help these conditions.

Proposed Mechanisms for Tianeptine in Depression

Proposed Mechanisms for Tianeptine in Anxiety and Stress

More Details on The Mechanisms by Which Tianeptine Works

In those countries where it is approved, tianeptine is mainly used for depression and anxiety disorders, although some doctors may prescribe it for other conditions such as asthma and IBS. If your doctor prescribes you tianeptine, follow your treatment plan carefully. Never change the dose or discontinue the medication without discussing it with your doctor.

Tianeptine was as effective as several classical antidepressants in patients with major depression, dysthymia or adjustment disorder. Also, extended treatment with tianeptine decreased the incidence of relapse/recurrence of depression [33].

In a clinical trial on 18 people with Parkinsons’ disease (PD), tianeptine decreased the severity of depression and also improved the quality of life in these patients [34].

In rats, tianeptine helped with drug-induced seizures and learning and memory impairment. This study shows that tianeptine may benefit depressive patients with epilepsy [35].

Tianeptine may have additional potential for a specific subgroup of depressed patients like the elderly and those with chronic alcoholism due to a relative lack of sedative, anticholinergic and cardiovascular adverse effects [33].

Tianeptine helps depressive symptoms in postmenopausal women and may decrease appetite. However, it does not affect weight long-term and should not be used for obesity treatment [36].

In a clinical trial on 164 elderly, depressive patients, a drug regimen of tianeptine or escitalopram improved anxiety symptoms and subjective and objective neurocognitive functions [37].

In another trial on 20 panic disorder patients, tianeptine appeared to reduce their reaction to panic challenge [38].

In a study on 90 people, tianeptine (at 37.5 mg dosage) was effective in treating post-traumatic stress disorder (PTSD) patients when compared to the control [39].

In rats given tianeptine, extinction learning and memory were increased. This indicates the tianeptine could change learning behaviors in exposure-based therapy [42].

Tianeptine has memory-protective characteristics, as it blocks the adverse effects of stress on hippocampus-dependent learning and memory. In rats, tianeptine blocked stress-induced memory errors in two different tasks [43, 44].

In an experiment where maternally deprived rats were subjected to swimming and field tests, tianeptine helped them cope with stress better (decreased the immobility time and increased the swimming time) [45].

In female rats, tianeptine reduced the effect of stress+lipopolysaccharide (LPS) on BDNF levels better than desipramine and fluoxetine (antidepressants) [46].

Tianeptine, along with similar antidepressant drugs, helped restore the damage on biomolecules caused by stress in mice [47].

In stressed rats, tianeptine reversed the decrease in catalase activity caused by saline [48].

During asthma attacks, catecholamines and free serotonin are found circulating in the blood. Tianeptine decreases free serotonin in the blood by enhancing serotonin uptake by platelets and serotonergic brain cells. Free serotonin is taken up by lung cells, which induces bronchial contraction (via 5-HT(3) and 5-HT(4) postsynaptic receptors) [50].

In a clinical trial on 25,000 asthmatic patients, treatment with tianeptine provoked an abrupt disappearance of asthma attacks [51].

Serotonin plays an important role in the nervous system of the intestinal tract, where it controls intestinal secretions and the movement of digestive material.

In a clinical trial on 122 people, tianeptine was effective as the standard drug (amitriptyline) for treating IBS-D (irritable bowel syndrome with diarrhea) [53].

In another trial on 100 people with either IBS-D or IBS-C (irritable bowel syndrome with constipation), tianeptine improved the symptoms and quality of life in both groups, especially IBS-C [54].

In a clinical trial on 164 people with major depression, patients were randomly assigned to either tianeptine (37.5 mg/d) or escitalopram (an SSRI) for 12 weeks.

The treatment of major depression with tianeptine led to more improvements in neurocognitive functions, especially in commission errors and verbal immediate memory, compared with escitalopram. Both drugs improved subjective cognitive impairment of memory and concentration [55].

It was shown to exert improving effects on learning as well as on working and reference memory in rodents [56] and to exhibit vigilance-enhancing effects in rats [57] and monkeys [58].

A tianeptine hybrid of tacrine and tianeptine was promising in cellular models of Alzheimer’s disease [59].

A single clinical trial and some animal research cannot be considered conclusive evidence that tianeptine improves memory and learning until further clinical research is conducted.

No clinical evidence supports the use of tianeptine for any of the conditions listed in this section. Below is a summary of the existing animal and cell-based research, which should guide further investigational efforts. However, the studies listed should not be interpreted as supportive of any health benefit.

In rats with gum disease, tianeptine altered the inflammatory response (by changing the production of different cytokines), resulting in a decreased jawbone loss [61, 62].

Tianeptine has several mechanisms by which it can relieve pain:

In those countries where it is approved, tianeptine is a prescription-only medication. Take it only as recommended by your doctor.

The usual dosage is 12 mg 3 times a day for a normal weight individual, but some people go up to 25 mg at a time (three times a day).

Tianeptine’s side-effects are similar to the side-effects of SSRI’s. These include nausea, constipation, abdominal pain, headaches, dizziness, and changes in dreaming. Consult your doctor if you experience severe or mild, persistent adverse effects after taking tianeptine.

Older patients should take a smaller dosage of tianeptine, as should patients with kidney failure.

Dosage does not need to be adjusted in patients with alcoholism or hepatic impairment, or those on dialysis [66].

Antidepressants, like tianeptine, may increase the risk of liver toxicity [67].

It is possible to take a fatal dose of tianeptine or develop an addiction. Tianeptine may be mildly addictive, causing both physiological and psychological dependence. People buying tianeptine supplements online are more likely to exceed the recommended dose or take it too frequently [69, 70, 71].

Tianeptine may cause a euphoric effect, similar to that of opioids. This effect, combined with user tolerance may compel users to take higher doses than required [71].

Tianeptine should not be taken in dosages of more than 100 mg/day.

In depressive patients with bipolar symptoms, tianeptine, and other antidepressive drugs worsened the mean scores of tests used to measure depression [72].

During pregnancy, tianeptine mimics opiates and may cause neonatal abstinence syndrome [73].

To help avoid interactions, your doctor should manage all of your medications carefully. Be sure to tell your doctor about all medications, vitamins, or herbs you’re taking. Talk to your healthcare provider to find out how tianeptine might interact with something else you are taking.