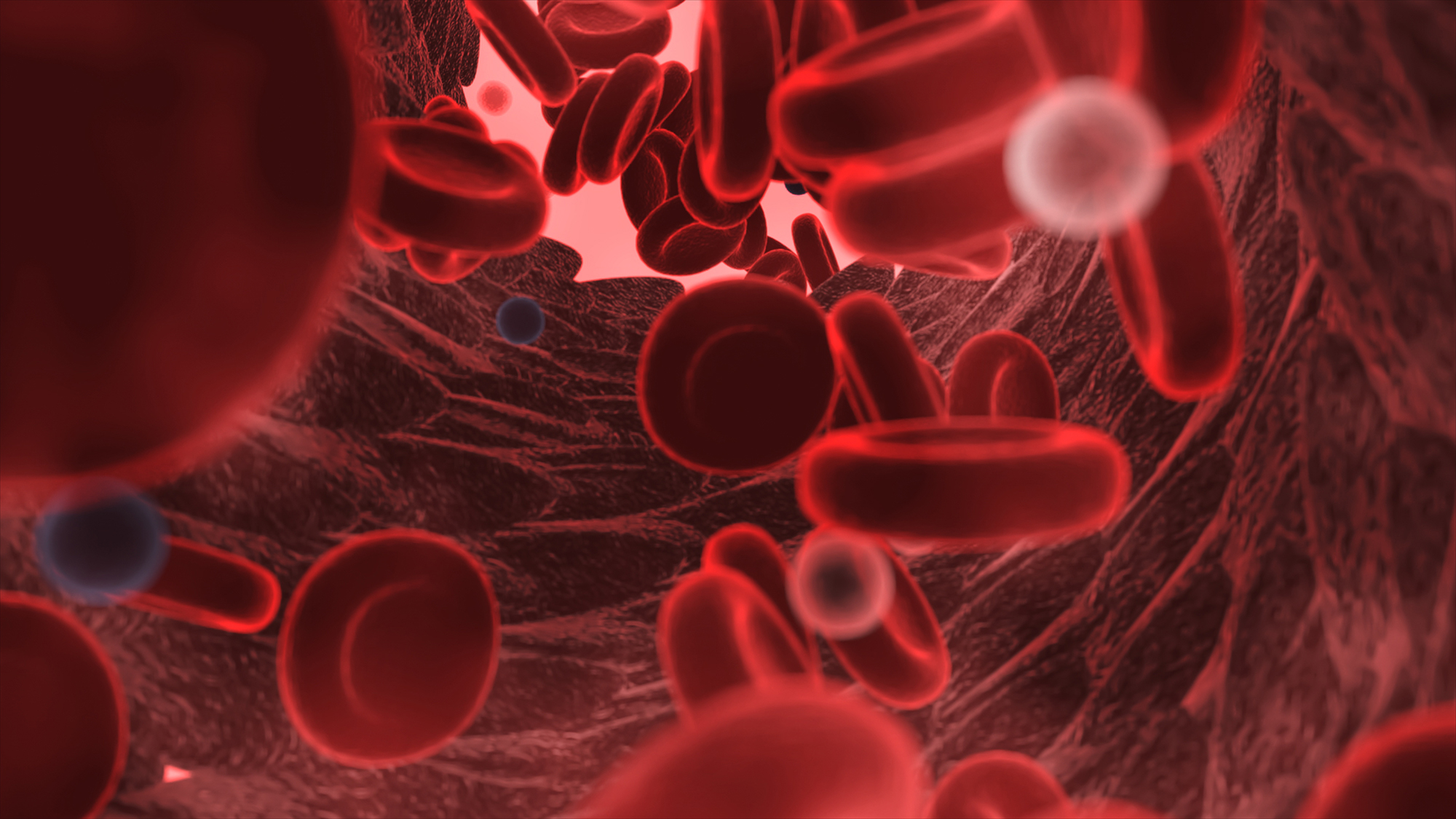 Scientists think that low oxygen levels or hypoxia can cause problems with the mitochondria and the brain. Read this post to learn the science behind factors that may lower oxygen levels.

Why Does Oxygen Matter?

According to some yet-to-be-verified theories, mitochondrial problems may be at the heart of all chronic diseases. We still have lots to learn about the workings of the mitochondria, though. Plus, complex diseases always involve multiple possible factors – including biochemistry, environment, health status, and genetics – that may vary from one person to another.

We know that when mitochondria are working well, they build up healthy levels of ATP and NAD+ levels, which are important for energy utilization and metabolism. That’s how mitochondria became known as the “powerhouses of cells” [1, 2].

ATP converts to cyclic AMP, which is a critical messenger molecule for so many cellular processes. cAMP is needed for the regulation of glycogen, sugar, and lipid metabolism [3].

Read why NAD+ is important.

The body also fights infections with the superoxide that’s created from oxygen [5].

Thus, a person’s health and energy, in part, depend on how much oxygen they have and how well their mitochondria utilize it.

Now there’s obviously more to the story, but you want to make sure the fundamentals are right.

If you want to measure your oxygen levels, speak to your healthcare provider. They will recommend the best method based on your health status. Make sure to ask any questions you have about the procedures.

A pulse oximeter is a small device that clips to a finger. It is described by some as the easiest method to measure blood oxygen.

Doctors will usually use pulse oximetry to assess oxygen levels in people with heart disease, lung disease, anemia, or cancer. It can also be used to monitor health in people taking lung medication, during or after surgery with general anesthesia, to measure physical capacity and breathing, and to check for sleep apnea [6]

People think that oxygen levels can be measured directly with a pulse oximeter. However, these devices measure what percentage of hemoglobin, the protein in blood that carries oxygen, is loaded with oxygen [7].

They know this by measuring the number of red vs infrared that gets absorbed in the tissue. Oxygenated hemoglobin absorbs more infrared light and allows more red light to pass through.

However, this doesn’t measure the number of red blood cells and hemoglobin. Thus, these devices provide an indirect estimate of oxygen levels

They also don’t measure how much blood a person has in a given area, especially the brain.

The normal range of pulse oximeters usually ranges from 95 to 100%. Values under 90% are typically considered low. Some people have suggested that values over 99% are better for optimal function, but there are no data to back this up.

However, this test is a little more difficult to perform compared to other standard tests, since it requires a blood sample from the artery, which can be more painful and potentially has more complications compared to drawing blood from the veins [8, 9].

Have in mind that a single test isn’t enough to make a diagnosis. Your doctor will interpret this test, taking into account your medical history and other tests. A result that is slightly low/high may not be of medical significance, as this test may vary from day to day and from person to person.

Other blood tests may hint at hypoxia, but they are not used to estimate oxygen levels in the blood. Rather, doctors may order them to find additional clues.

Hemoglobin actually carries the oxygen. The more hemoglobin someone has, the more oxygen they transport.

Hemoglobin comprises about a third of the total red blood cell volume. This protein is responsible for the transport of more than 98% of the oxygen (the remaining oxygen is carried dissolved in the blood plasma).

Red blood cells and hemoglobin are the most important info in Complete Blood Count readings tied to hypoxia.

A low RBC or hemoglobin count may indicate that your erythropoietin (EPO) may be low. Hemoglobin holds oxygen and RBCs hold hemoglobin. EPO helps produce both. Some scientists think that EPO is important for mood and memory independent of its effects on RBCs, but more research on these effects is needed [10].

Some people may have good RBCs, hemoglobin, and oxygen saturation, but their issues may arise from poor blood flow, especially to the brain [11, 12].

Low blood pressure means that blood is not flowing with a certain force level, in which case it may not reach the brain. The brain compensates for low blood pressure, but only to an extent [R].

Studies suggest that excessively low blood pressure – such as during prolonged surgeries under general anesthesia – may cause problems with brain circulation. Brain imaging is needed to determine this precisely, though [14].

Additionally, if you feel you have cold hands or feet, it might be a symptom that blood isn’t going to your peripheral body areas. This may also be an indicator of hypothyroidism (underactive thyroid) and low T3 [15].

In an interview, Dr. Pollack argues that EZ water can improve blood flow. Clinical data are lacking to support his claims, though.

Assuming everything set up to this point is functioning normally in the body, scientists think that it’s still possible not to have enough neuronal NOS and endothelial NOS that will diffuse the oxygen from the circulation into the cells. Their exact impact in humans has yet to be specified, though [16, 17].

In animal studies, UV increases nitric oxide and the relaxation of blood vessels [18].

Scientists are investigating whether UV light can increase free endothelial NOS or eNOS (in vessels/capillaries), total neuronal NOS or nNOS (in neurons) [19, 20], and nitric oxide through other means [18]. In theory, this would allow oxygen to better diffuse into tissues, but more research is needed [21].

nNOS is also important for gut flow and sexual arousal in both men and women. In fact, many natural aphrodisiacs are thought to act by boosting NO [22].

Causes shown here are commonly associated with hypoxia/low oxygen levels. Work with your doctor or other health care professional for an accurate diagnosis.

Your bloodstream must be able to take oxygen from your lungs and carry it to your tissues. People with anemia have low hemoglobin, which means that their oxygen-carrying capacities are reduced.

2) Lung and Nasal Problems or Mucus

To keep your oxygen levels normal, your lungs must be able to inhale enough oxygen and exhale carbon dioxide.

Asthma, COPD, pneumonia, lung scarring, and many other respiratory diseases that affect the lungs are a common cause of hypoxia.

Additionally, people who have nasal blockage may have difficulty breathing, though this is usually much less severe than lung diseases. However, if you have severe problems breathing through your nose (such as a deviated septum) or constant mucus, talk to your doctor to see how your breathing difficulties could be impacting your health and oxygen levels.

Sleep apnea can lower oxygen levels since it causes people to stop breathing several times during the night. If you think you have sleep apnea, see a qualified doctor to get assessed and diagnosed. Your doctor may recommend that you enroll in a sleep study, which measures oxygen drops while you’re sleeping.

Inborn heart defects in children and adults are a possible cause of low oxygen levels. In this case, the heart is not able to pump blood effectively, so not enough oxygen can reach tissues.

Limited studies suggest that low blood pressure can reduce oxygen levels, and inflammation may be involved. Inflammation and cytokines increase iNOS, which produces large quantities of Nitric Oxide (as opposed to eNOS and nNOS) [22].

Studies point out that iNOS usually occurs with high levels of oxidative stress, and thus high levels of NO have the opportunity to react with superoxide leading to peroxynitrite formation and cell toxicity [22].

Nitric oxide from iNOS is thought to be more systemic rather than localized where you need increased blood, which is how eNOS and nNOS are hypothesized to work. Hypoxia locally in the brain may contribute to cognitive problems [23].

According to some researchers, low oxygen may also be caused by a sympathetic or fight or flight system that is in overdrive. This, in turn, changes breathing. For example, people under stress tend to breathe shallowly. People with anxiety often hyperventilate [24, 25].

It may be a good idea to be more mindful of your breathing. Some people say that 5-6 breaths per minute is a balanced breathing pattern.

Some people who are under stress have normal blood pressure and heart rate (115/75 and 55-70). However, they tend to have low heart rate variability (HRV). HRV is an indicator of vagus nerve function.

Scientists think that there’s complex cross-talk between hypoxia and inflammation. According to them, low oxygen may be caused, in part, by cytokines and other inflammatory messengers, which may prevent oxygen from reaching the tissues from capillaries [26].

Many of the diseases mentioned above-such as heart disease, COPD, asthma, and sleep apnea–involve chronic inflammation. However, further research should pinpoint causes and the exact pathways inflammation and hypoxia use to communicate.

The exact impact of sunlight on oxygen levels has yet to be determined. It’s uncertain whether a lack of sunlight can contribute to hypoxia since human data are lacking.

In animals, UV increases nitric oxide and the relaxation of blood vessels [18, 19, 20], which allows oxygen to diffuse into tissues better [21].

Natural Factors that May Increase Oxygen

These are being researched for increasing EPO in animals:

However, human data are lacking to support their use.

Do not use any device or supplement without consulting your doctor first.

Despite a lack of evidence, people also sometimes use the following devices to increase oxygen: