Our goal is to not have a single piece of inaccurate information on this website. If you feel that any of our content is inaccurate, out-of-date, or otherwise questionable, please leave a comment or contact us at [email protected]elfhacked.com. 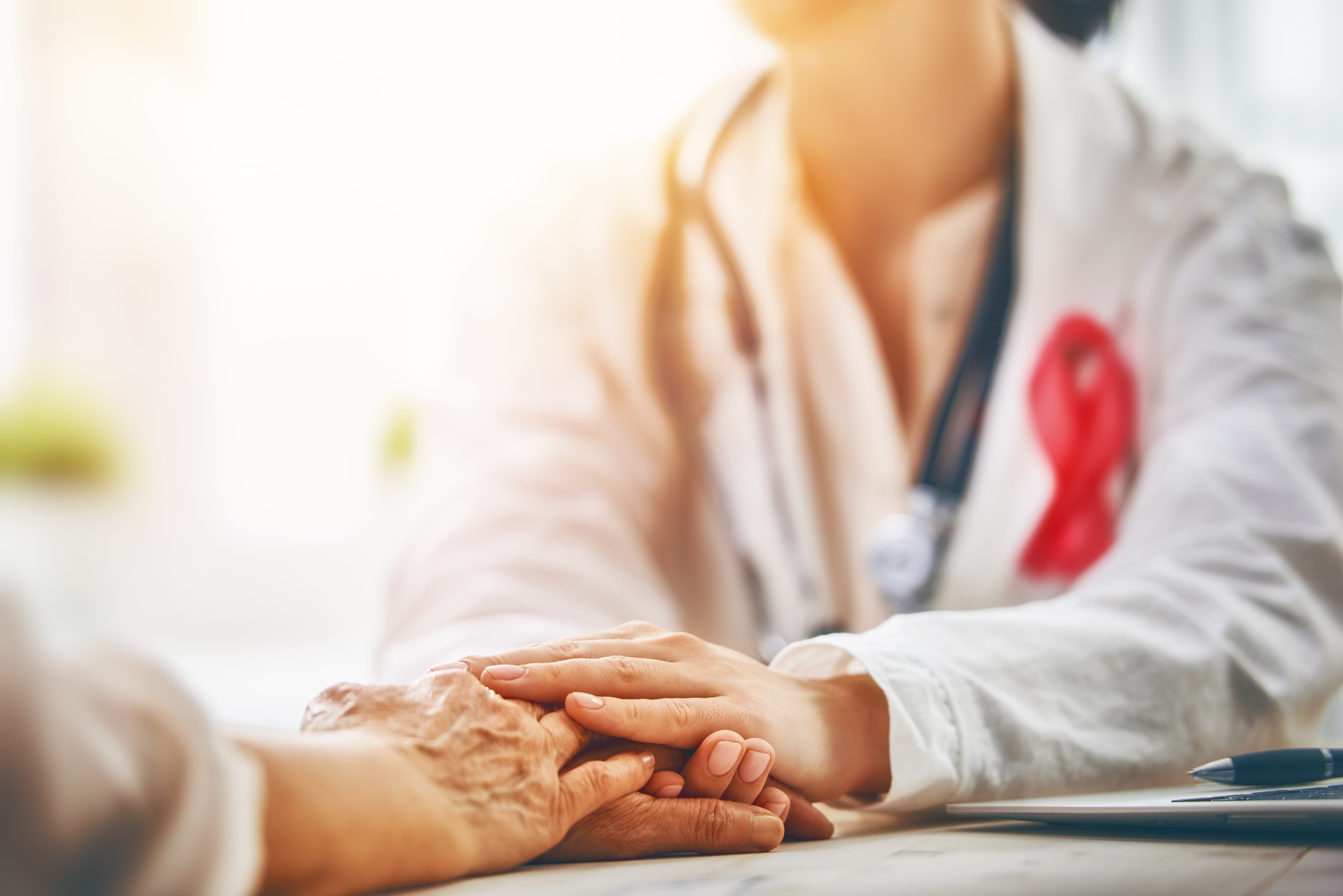 CRP is a protein that helps you fight infections. However, it is also a marker of low-grade inflammation and can help predict your heart disease risk. Keep reading to find out about health conditions associated with high and low CRP.

Apart from acute infection or injury, CRP points to chronic or systemic inflammation. Its levels rise in response to chronic stress [1].

CRP is not only a marker of inflammation, but it also worsens any underlying inflammation. In the lining of blood vessels, CRP lowers nitric oxide and prostacyclin release, which worsens blood flow, while increasing the inflammatory compounds (monocyte chemoattractant protein-1 (MCP-1), interleukin-8 (IL-8), and plasminogen activator inhibitor-1 (PAI-1)) [2].

High CRP levels are a marker of chronic inflammation, found in conditions such as diabetes, obesity, and heart disease. CRP can also create inflammation on its own, damaging blood vessels and increasing oxidative stress in the body.

Conditions listed below are commonly associated with high CRP. However, that doesn’t mean that if your CRP is elevated you have any of these conditions. Work with your doctor or another health care professional to get an accurate diagnosis.

CRP increases inflammation in blood vessels and contributes to hardening of the arteries, which can eventually lead to heart disease. Plus, it can activate cells that line the interior of blood vessels causing them to malfunction [6, 7, 8].

To make matters worse, plaques in arteries can also release CRP into the bloodstream, perpetuating the cycle in people who already suffer from heart disease or who are at high risk [6].

When should you be concerned? CRP levels <1 mg/L are considered low-risk, 1 to 3 mg/L as average risk, and >3 mg/L as high risk for heart disease. Read more here [8].

Studies have found that in healthy people, CRP can partially predict the risk of dying from a heart attack, blood vessel disease, heart failure, and arrhythmias [6, 8].

The American Heart Association and Center for Disease Control and Prevention recommend using CRP as a risk marker for heart diseases in people with a Framingham risk score between 10% and 20%. This subgroup of people may benefit from high-sensitivity (hs)-CRP testing, mainly because doctors are often undecided about the treatment for a patient who is considered at intermediate risk [6].

In a controversial trial named JUPITER, healthy people with high-normal CRP levels (> 2 mg/L) given statins experienced a 44% reduction in their risk of heart attacks, stroke, hospital admissions for unstable angina, and death from heart disease [4]. This study has, however, received a lot of critiques and should be taken with a grain of salt [9].

Research suggests that CRP may turn on a pro-inflammatory switch in blood vessels, making them narrower and stiffer – resulting in high blood pressure (hypertension) [8].

Elevated CRP preceded new-onset hypertension at an early stage in an elderly healthy population (over 300 people). Those with the highest CRP levels had a twofold greater risk of high blood pressure compared to those with the lowest CRP levels [10].

Metabolic syndrome is a cluster of metabolic abnormalities that together increase the risk of diabetes and heart disease. These include:

A person has metabolic syndrome if they have 3 or more of the abnormalities above.

Elevated CRP has been associated with obesity and abnormal fat metabolism in both adults and children. It is closely linked with high BMI and total calorie intake [11, 12].

Higher CRP correlates with lower adiponectin, a protein that enhances insulin sensitivity and prevents hardening of the arteries [11].

Several studies have found that high CRP levels were associated with a great risk of strokes, stroke complications, and death. Levels over 3 mg/ml were linked with a 40% increased risk, compared with CRP<1 mg/l over a 15-year follow-up period, especially in men who also had high blood pressure [15].

Researchers have shown that sleep apnea treatment with CPAP (continuous positive airway pressure) reduced the effect of the disease on CRP levels [17].

CRP is found in the joint cavity fluid of rheumatoid arthritis (RA) patients and can bind to white blood cells and other inflammatory cells [19].

Inflammation in RA is closely related to the production of CRP and pro-inflammatory cytokines. In patients with rheumatoid arthritis, high CRP is directly linked with worse symptoms [20].

Scientists have found that levels of CRP correlate with changes in inflammation, disease activity, tissue damage, and disability. High CRP has been also linked with hardening of the arteries and osteoporosis in people with rheumatoid arthritis [20, 21].

Some studies indicate that CRP may be one of the best predictive markers of joint destruction and disease progression in early rheumatoid arthritis and a strong predictor of fractures [21].

Additionally, one study suggests that the way CRP changes within the ﬁrst 2 weeks of anti-TNF therapy can help determine treatment success [22].

Studies have found that CRP levels are higher in people with gum disease [3].

The good news is that treatment of gum infections, whether by intensive mechanical therapy, drug therapy or extraction, can significantly lower CRP. In one study, 6 months of gum therapy lowered CRP levels by about 0.5 mg/l [3].

People with inflammatory bowel disease (IBD) may have high CRP, but this is not always the case. A meta-analysis suggests that CRP levels of ≤0.5 can exclude IBD in patients with IBS symptoms [23].

In one study, higher CRP before diagnosis was associated with a greater risk of Crohn’s disease and ulcerative colitis [24].

However, one study failed to find a link between CRP and colon inflammation [26].

Low-grade inflammation can lead to fatigue. Higher CRP was linked with fatigue – both in healthy people and in disease-free survivors of breast cancer [27, 28, 29].

Low-grade inflammation has been linked to depression. Several studies found a significant association between increased CRP and depressive symptoms. High levels were more frequent in people with recurrent depression, especially in those who were overweight and had low HDL cholesterol [30, 31, 32, 33].

Hostility has also been associated with increased levels of CRP [36].

Macular degeneration is a medical condition that may result in blurred vision or vision loss.

Several studies suggest there may be a close association between CRP and eye blood vessel disorders. People with higher CRP levels were more likely to get age-related macular degeneration, especially if their CRP levels are over 3 mg/L [37].

One study found that high CRP levels (> 3 mg/L) were associated with a two-fold increased risk of late-onset macular degeneration, compared to low levels (< 1 mg/L). In addition, women with levels exceeding 5 mg/L may be at a threefold increased risk [37].

In 300 of the oldest of the old, high CRP levels have been associated with increased odds of all-cause dementia (memory decline), particularly in women [38].

Scientists have found that cancer is more likely to develop in chronically-inflamed organs [39]. Unsurprisingly, high CRP levels have been linked with an increased risk of developing cancer [40].

Even in apparently healthy people, high levels have been linked with an increased risk of colon cancer, lung cancer, and cancer in general – excluding breast and prostate cancer [40, 41].

Higher CRP levels have also been associated with the progression of skin, ovarian, and lung cancer. For this reason, CRP may be used to detect cancer recurrence after surgery [40].

Scientists think the link between high CRP and cancer could be due to three reasons. First of all, high CRP may directly cause cancer. If so, it could be extremely useful in prevention [41]. However, there is no scientific support for this at the moment.

Secondly, it’s possible that cancer increases CRP, even in the early stages (more likely). And lastly, high CRP may point to another underlying cause of cancer, such as inflammation, high stress, and chronic disease (most likely) [41].

Low CRP is beneficial in general. The lower the levels the better.

However, scientists did find a curious link between low CRP and lupus.

Low CRP levels may contribute to the development of lupus (systemic lupus erythematosus). This is because CRP may protect against autoimmunity by binding to cellular waste and autoantigens, which helps clear dying cells [42, 43, 21].

If damaged and dying cells aren’t cleared away by macrophages, their waste products build up in various tissues. Animals that can’t clear these dying cells develop autoimmunity. In fact, scientists found that CRP injections can delay the onset of lupus and the resulting kidney inflammation in mice [21].

Some scientists think that people with lupus may not produce enough CRP when the body acutely needs it, possibly due to genetic reasons. A mutation in the CRP gene that lowers CRP blood levels has been detected in people with lupus [21].

A study found that low CRP could also be caused by IgG antibodies, which are found in up to 78% of patients with lupus. IgG may bind CRP, lowering its levels in the blood [21].

The link between CRP and lupus, however, is not that straightforward because people with higher CRP had greater lupus disease activity in a number of other studies [44].

10 Hidden Causes of High Fibrinogen + Risks & How to Lower It