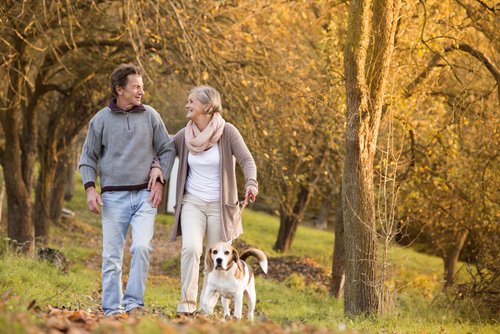 L. acidophilus is a common and popular probiotic bacterium. People use it to lower cholesterol, improve gut health, and suppress allergies, but does it work? And what other benefits might it have? Read on to find out.

What is Lactobacillus acidophilus?

Lactobacillus acidophilus is a gram-positive lactic acid bacterium, that has been traditionally and widely used in the dairy industry, and more recently as a probiotic [1].

L. acidophilus is added to commercial yogurts and dairy formulations both for its flavor and for probiotic effect and is one of the most commonly selected Lactobacillus species for dietary use [1].

L. acidophilus probiotic supplements have not been approved by the FDA for medical use. Supplements generally lack solid clinical research. Regulations set manufacturing standards for them but don’t guarantee that they’re safe or effective. Speak with your doctor before supplementing.

Iron deficiency was associated with low levels of Lactobacilli in a small study of young women in south India [2].

L. acidophilus protected against atherosclerosis through the inhibition of intestinal cholesterol absorption in mice fed a Western diet [12].

L. acidophilus reduced cholesterol and inhibited the accumulation of lipoprotein in atherosclerotic plaques in mice [13].

L. acidophilus increased the population of Lactobacilli and Bifidobacteria in rats [9].

L. acidophilus administered with amoxicillin/clavulanate was associated with a significant decrease in patient complaints of GI side effects and yeast superinfection [18].

Some trials found no beneficial effect on the prevention of travelers’ diarrhea [19] or acute diarrhea in children [20].

L. acidophilus may also improve lactose digestion and tolerance, though the evidence is conflicting [38, 39].

L. acidophilus suppressed hypersensitivity, attenuates the numbers of inﬂammatory cells and inhibited Th17 and IgE production in mice with allergy [40].

L. acidophilus increased the number of Treg cells to suppress the progression of allergic contact dermatitis in mice [41] and suppressed nasal symptoms and IgE in allergic mice [35, 42].

Treatment of patients with bacterial vaginosis with L. acidophilus contributed to the restoration of a normal vaginal environment [43].

Daily ingestion of yogurt enriched with L. acidophilus appeared to reduce the incidence of bacterial vaginosis [45].

Researchers are currently investigating whether L. acidophilus has other health benefits. The potential benefits in this section have produced positive results in at least one clinical trial, but these studies are small, contradictory, or otherwise limited. Talk to your doctor before supplementing with L. acidophilus for any reason.

No clinical evidence supports the use of L. acidophilus for any of the conditions listed in this section. Below is a summary of the existing animal and cell-based research, which should guide further investigational efforts. However, the studies listed below should not be interpreted as supportive of any health benefit.

L. acidophilus suppressed all of the 74 gram-negative and 16 of the gram-positive bacteria found in burn wounds, which can cause burn wound infections [56].

L. acidophilus may reduce mutant Streptococcus in dental plaque, and may decrease the cariogenic potential of oral streptococci [57].

Oral administration of L. acidophilus induced the expression of mu-opioid and cannabinoid receptors in intestinal epithelial cells and mediated analgesic function in the gut, similar to the effects of morphine [62].

L. acidophilus had a protective effect on the development of necrotizing enterocolitis (NEC) in rats [69].

L. acidophilus protected against colitis-induced weight loss and increases beneficial Lactobacilli and Bifidobacteria in the distal colon in mice [71].

Researchers are currently investigating whether L. acidophilus, as part of the gut flora or taken as a probiotic, could play a role in supporting certain cancer therapies or even in preventing the development of cancer. However, all of this research has been in animals or cells thus far, and there is no clinical evidence to recommend L. acidophilus for this purpose.

L. acidophilus decreased carcinogenic changes in the colon in rats [77].

Researchers have conducted a number of cell and animal studies to investigate the effect of L. acidophilus on a biochemical level. Here are some of their findings:

L. acidophilus is generally well tolerated. However, the use of probiotics should be avoided in patients with organ failure, immunocompromised status, and dysfunctional gut barrier mechanisms, where it can lead to infections [86].

To ensure that probiotics are safe for you, and to avoid any adverse effects, talk to your doctor before starting any new probiotic supplements.