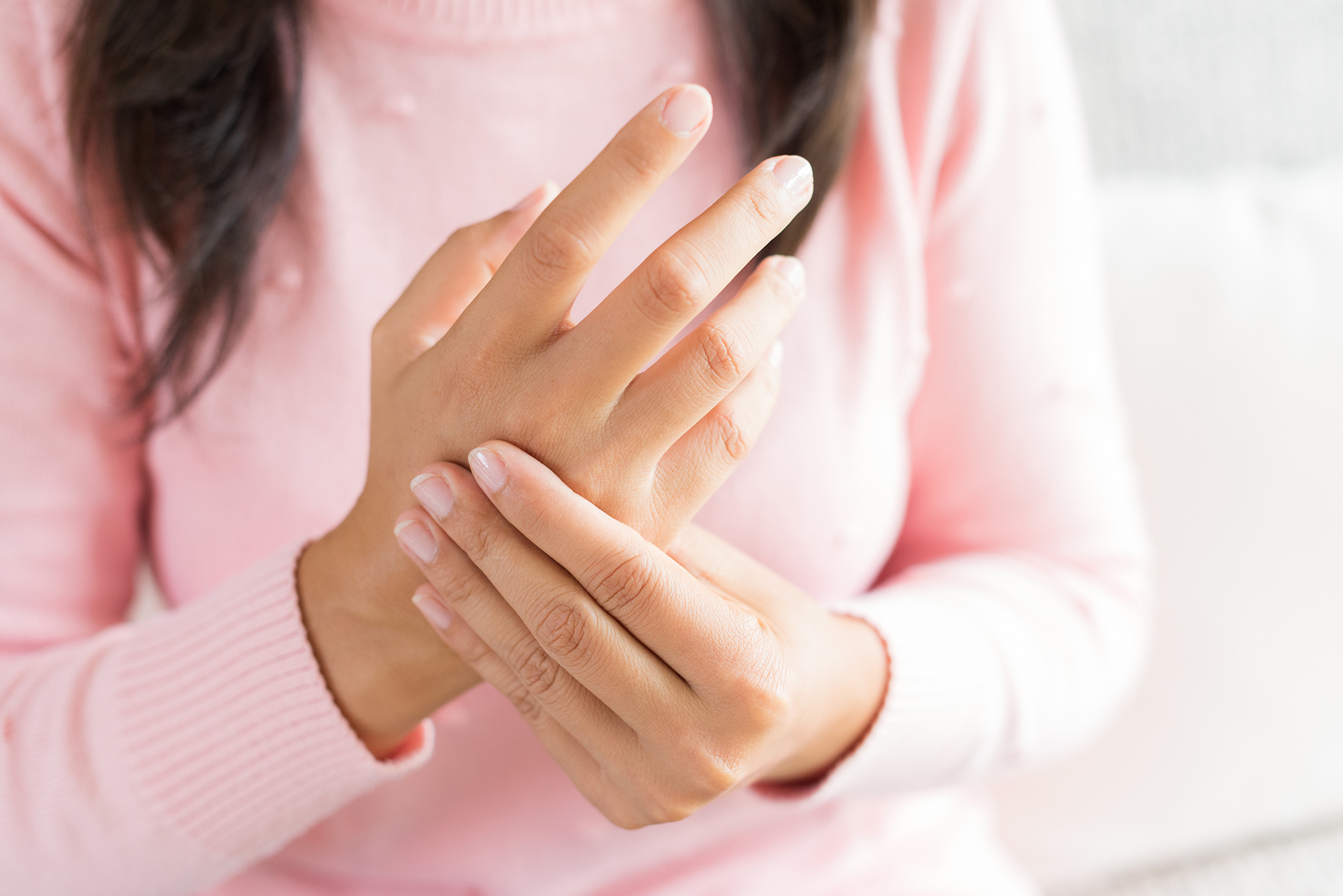 Certain probiotics may reduce inflammation and symptoms of allergies, autoimmunity, rashes, and even complications from cancer treatments. How do they work, and which species are most beneficial? Learn more here.

Inflammation is one of the most complex and potentially dangerous mechanisms in the human body. When tightly controlled, it is important for healing and the immune response, but if it gets out of control, it can contribute to autoimmunity and tissue damage.

Many probiotic bacteria are under investigation for their apparent anti-inflammatory effects. In this post, we’ll explore the benefits that have been studied so far. Remember that probiotics may not be right for everyone; talk to your doctor before starting a new probiotic supplement.

Supplementation with a synbiotic, which is a mixture of probiotic bacteria (in this case L. casei, L. rhamnosus, S. thermophilus, B. breve, L. acidophilus, B. longum, L. delbrueckii ssp. bulgaricus) and nutrients for the bacteria to feed on (in this case, fructo-oligosaccharides) reduced inflammation markers in adults [1].

B. animalis ssp. lactis added to yogurt post-fermentation was anti-inflammatory in healthy adults [8].

B. longum ssp. infantis suppressed proinflammatory IL-17 cytokine production and may be useful in the treatment of Th17-mediated diseases [10].

In one study, L. reuteri inhibited NF-κB, one of the most important factors in reducing whole-body inflammation [11].

Probiotic and synbiotic supplements reduced markers of inflammation in studies of healthy adults and in patients with inflammatory conditions like ulcerative colitis and chronic fatigue.

Certain probiotics have decreased inflammatory cytokines and beneficially modulated the immune system in patients with asthma.

Oral administration of L. rhamnosus attenuated the features of allergic asthma in mice [15, 16].

B. breve had strong anti-inflammatory properties in asthmatic mice [21, 22, 23].

17 out of 22 trials in a review showed a significant benefit of probiotics clinically, whereas eight trials showed significant improvement in immunologic parameters in allergic rhinitis [28].

C. butyricum markedly enhanced the efficacy of SIT on allergic rhinitis in patients with allergies [30].

A significant reduction of nasal symptoms and improved quality of life were achieved in patients with Japanese cedar pollinosis, who received L. paracasei when pollen scattering was low. However, the effects were limited during the peak period [33].

At least five clinical studies with L. paracasei demonstrated clinically significant improvements in allergic rhinitis [28], while one did not [34].

L. paracasei improved the quality of life of subjects with persistent allergic rhinitis who were being treated with an oral H1-antihistamine. In this study, nasal symptoms did not change, but ocular symptoms consistently improved [37].

The addition of L. johnsonii to levocetirizine improved perennial allergic rhinitis in children [43].

Intake of yogurt or powder supplemented with B. longum alleviated subjective symptoms and affected blood markers of allergy in individuals with Japanese cedar pollinosis [44, 45, 46]. Nasal symptoms such as itching, rhinorrhea, and blockage, as well as throat symptoms, tended to be relieved with this probiotic [47].

Probiotic supplements and fermented beverages have reduced inflammation and symptoms in patients with allergic rhinitis, or hay fever.

The combination of prenatal maternal (2 – 4 weeks) and postnatal pediatric (6 months) L. rhamnosus treatment in families with a history of atopic disease, significantly lowered the risk of eczema at the age of 2, 4 and 7 [49].

In infants receiving either L. rhamnosus or B. lactis after 2 months, eczema symptoms were significantly improved [50].

L. rhamnosus efficiently prevented the development of eczema and possibly also atopic sensitization in high-risk infants up to 6 years old [51].

When administered to pregnant women with a family history of allergic diseases, a mixture of B. bifidum, B. lactis, and L. acidophilus significantly lowered the prevalence and incidence of eczema in infants at high risk of allergy [54].

B. breve reduced the incidence of developing eczema and atopic sensitization in infants at high risk of allergic disease [55].

B. bifidum had a positive effect on the prevention and treatment of eczema in infants [56].

The use of multi-strain probiotics appeared to be most effective for eczema prevention [57].

The use of L. rhamnosus by mothers lowered the risk of developing atopic dermatitis during the first 2 years of life [50].

B. breve improved symptoms of atopic dermatitis in infants [67, 68].

Consumption of L. rhamnosus-fermented milk by mothers and offspring was associated with a reduction in physical allergic symptoms in newborn mice [70].

L. rhamnosus decreased the allergic response to peanuts in children [76].

In one study of milk-hypersensitive adults, L. rhamnosus reduced the immunoinflammatory response [49].

L. salivarius, L. paracasei, B. animalis and B. bifidum prevented atopic sensitization to common food allergens. The authors of this study believe that this probiotic blend could thereby reduce the incidence of atopic eczema in early childhood [78].

L. helveticus alone or in combination with S. thermophiles effectively reduced the antigenicity of α-lactalbumin and β-lactoglobulin, the major allergens in cow’s milk [80].

L. helveticus can significantly degrade the major allergens in propolis, including esters of caffeic acid [81].

L. fermentum degraded αS1-casein and lowered the recognition and the binding of this casein to IgE from the blood of patients with cow’s milk allergy [82].

B. breve improved symptoms of allergic hypersensitivity to cow’s milk in infants [67].

Lactobacillus and Bifidobacterium probiotics reduced allergic reactions and accelerated the development of tolerance to certain allergens in children and adults.

S. boulardii reduced the inflammation and dysfunction of the gastrointestinal tract in mice with intestinal mucositis [85].

In one study, S. thermophilus partially alleviated mucositis induced by administration of the antimetabolite chemotherapy drug methotrexate in rats [86], while in another study no protective effects were observed [87].

S. cerevisiae reduced oxidative stress, prevented weight loss and intestinal lesions, and maintained the integrity of the mucosal barrier in mice with mucositis [90].

Probiotics reduced the incidence and severity of oral mucositis, a painful complication of cancer treatment, and thereby increased the rate at which people successfully completed the treatment.

Some researchers believe that probiotics and prebiotics have the potential to curb the autoimmune response. They are being investigated as an alternative to detrimental immunosuppressive drugs [91].

L. johnsonii delayed or inhibited the onset of type 1 diabetes in diabetes-prone rats [92, 93].

Intestinal dysbiosis, characterized by a reduced Firmicutes/Bacteroidetes ratio, has been reported in systemic lupus erythematosus (SLE) patients [94]. B. bifidum supplementation prevented CD4+ lymphocyte over-activation and may help in restoring the Treg/Th17/Th1 imbalance present in patients with SLE [94].

Probiotics are under investigation as a potential alternative to immunosuppressive drugs in autoimmune conditions like systemic lupus erythematosus (SLE).

Adjunctive treatment with B. coagulans was safe and effective for patients suffering from rheumatoid arthritis. B. coagulans improved pain, improved self-assessed disability, and reduced CRP levels. It also was associated with improved ability to walk 2 miles, reach for objects, and participate in daily activities [97].

L. casei protected mice from autoimmune arthritis [73]. Consumption of L. casei prior to infection prevented the intestinal and joint inflammation triggered by Salmonella in mice [98].

Oral administration of B. longum ameliorated gliadin (gluten)-mediated perturbations in liver iron deposition and mobilization in rats with CD [110].

B. longum attenuated the production of inflammatory cytokines and the CD4+ T-cell mediated immune response and protected newborn rats against gliadin (gluten)-induced enteropathy [111].

B. breve decreased the production of the pro-inflammatory cytokine TNF-α in children with Celiac disease on a gluten-free diet [112].

L. casei induced complete recovery in mice with enteropathy such as Coeliac disease [114].

Certain probiotic supplements have successfully reduced inflammation and symptoms of a variety of inflammatory conditions. These include allergies, autoimmunity, rashes, and complications from cancer treatments. Probiotics aren’t for everyone, and their interactions with the immune system may be troublesome to some people. Remember to talk to your doctor before starting a new probiotic.