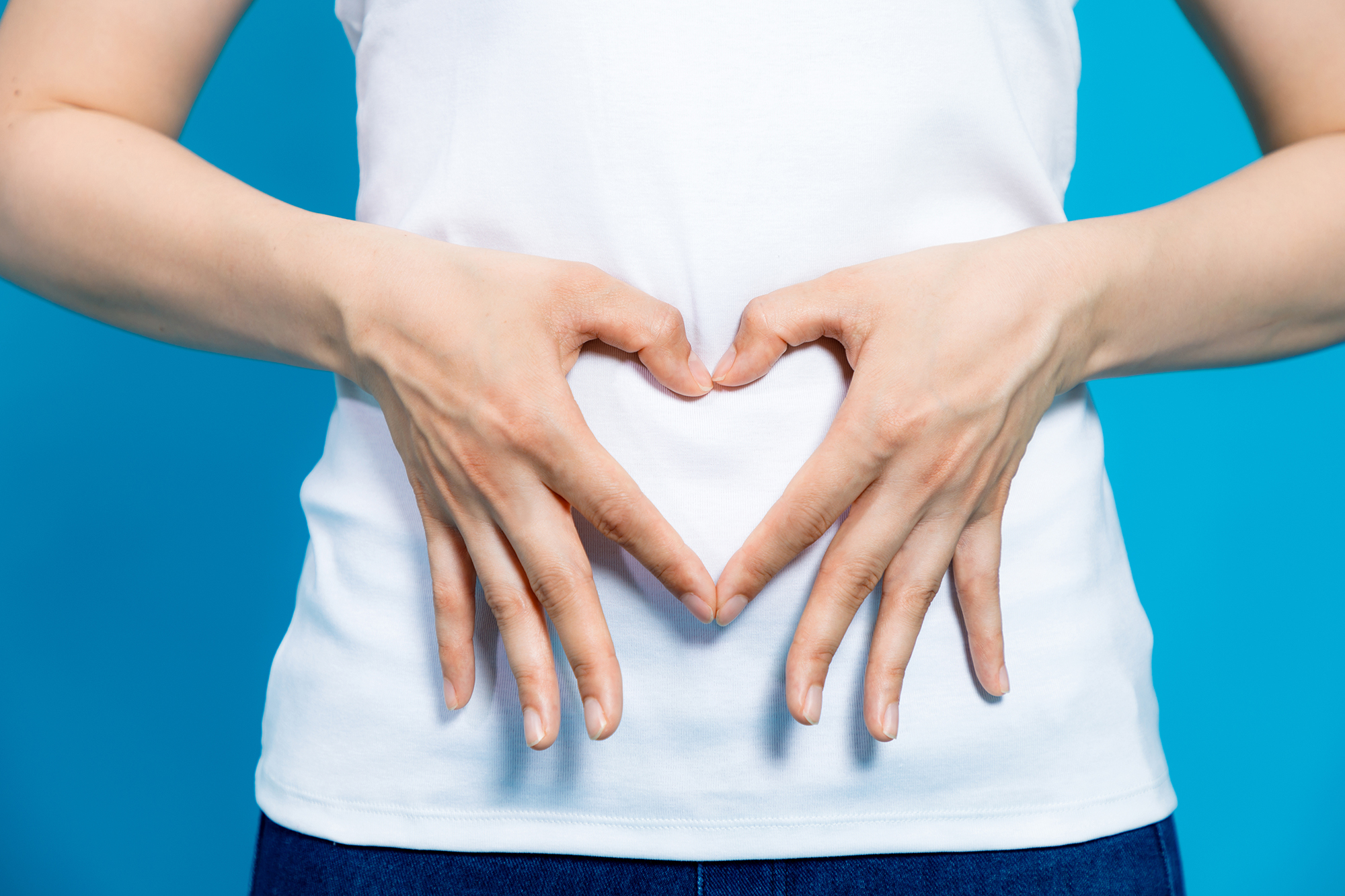 Certain probiotics may help the human immune system fight off different types of infection, from Candida to H. pylori and even the common cold. But how does it work, and which probiotic species have produced the best results? Read on to find out.

Benefits of Probiotics in Infection

According to some researchers, probiotics may inhibit H. pylori infection by both non-immunological and immunological mechanisms [1].

L. acidophilus decreased the viability of H. pylori and increased the eradication rate in infected patients [3].

Fermented milk containing L. johnsonii co-administered with antibiotics was shown to have a favorable effect on H. pylori gastritis [8].

The combined use of C. butyricum reduced the changes in the intestinal flora and decreased the incidence of gastrointestinal side effects in patients going through H. pylori eradication therapy [15, 16].

B. subtilis containing probiotics improved H. pylori eradication and decreased diarrhea and total side effects when used in conjunction with triple therapy [18].

S. boulardii reduced the colonization of H. pylori in the human gastrointestinal system, but it does not seem to be able to eradicate infection when used as single therapy [19].

In patients with H. pylori infection, S. boulardii along with standard triple therapy may increase the eradication rates and decrease overall therapy-related side effects, particularly diarrhea [20, 21, 22, 23, 24, 25].

When L. casei was administered to medical students undertaking an authorized nationwide examination to test their response to stress, this bacterium lowered the rate of subjects experiencing common abdominal and cold symptoms, and decreased the total number of days students experienced these symptoms [29].

In academically stressed undergraduate students, B. bifidum increased the proportion of healthy days per participant and decreased the percentage of participants reporting cold/flu during the intervention period [30].

L. casei and B. bifidum probiotics have each decreased the rate of infection with cold & flu in clinical studies of students.

Gut microbiota cooperate with the host immune system through an extensive array of signaling pathways [31].

Studies with germ-free animals show that the microbiota are necessary for the development and regulation of immunity in the gut, where it prevents the development of inappropriate inflammation [32].

L. helveticus supplementation significantly shortened the duration and decreased the number of symptoms of upper respiratory tract illness in athletes and increased their sense of vigor [55].

L. brevis reduced the incidence of influenza in elementary schoolchildren. The improvement was especially pronounced in unvaccinated individuals [57].

Yogurt fermented with L. lactis lowered the risk of the common cold in human subjects [59].

Preterm infants treated daily with L. rhamnosus in capsules, starting within one week after birth, had a significantly lower incidence of respiratory tract infections (RTIs) and rhinovirus-induced episodes in the first 2 months [60].

Children receiving L. rhamnosus probiotics had fewer days with respiratory symptoms per month than the children in the control group [62].

Similarly, in healthy shift workers, L. casei decreased the incidence of gastrointestinal and respiratory common infectious disease (CIDs), increased the time to the first occurrence of CID, and reduced the total number of CIDs in the subgroup of smokers. In the course of CID, the total duration of fever was lower and an increase in leukocyte, neutrophil, and natural killer (NK) cell counts and activity was observed [64].

L. casei also lowered the incidence of common infectious diseases (CIDs) in children [65], decreased the duration of CID, and especially upper-respiratory-tract infections (URTI) such as rhinopharyngitis in the elderly [66].

In athletic men and women who engaged in endurance-based physical activities in winter, L. casei lowered the proportion of subjects who experienced 1 or more weeks with upper-respiratory-tract infection (URTI) symptoms and decreased the number of URTI episodes [67].

When healthy subjects took L. gasseri, B. longum, and B. bifidum in the winter, common cold episodes shortened by almost 2 days and reduced the severity of symptoms [68].

L. acidophilus, B. bifidum and B. animalis plus vitamin C reduced the incidence rate of upper respiratory tract infection, the number of days with symptoms and the absence from preschool in children [69].

According to one study, a synbiotic containing L. acidophilus, B. infantis, and B. bifidum may provide effective control of respiratory infection and wheezing frequency in children under five years old [70].

The intake of yogurt fermented with L. delbrueckii ssp. bulgaricus increased the activity of natural killer cells and reduced the risk of catching a common cold in the elderly [71].

L. acidophilus suppressed all 74 gram-negative and 16 of the gram-positive bacteria commonly found in burn wounds. According to the authors, it may therefore be useful in the prevention of burn wound infections [72].

L. fermentum reduced the severity of gastrointestinal and respiratory illness symptoms in male but not female cyclists [74].

Oral administration of L. fermentum potentiated the immunologic response to the flu vaccine. According to some researchers, this probiotic may enhance systemic protection by increasing the Th1 response and virus-neutralizing antibodies. The incidence of an influenza-like illness in the 5 months after vaccination was decreased in the group that consumed this probiotic [47, 48].

B. longum reduced the incidence of influenza and fever in subjects with influenza vaccination [77].

B. longum ssp. infantis appeared to trigger an anti-poliovirus response in infants [79].

In one study, S. boulardii was as effective against B. hominis infection in children as metronidazole [85].

S. boulardii was effective in treating giardiasis when combined with metronidazole therapy in adult patients [86].

Prophylactic S. boulardii supplementation appeared to be as effective as nystatin in reducing fungal colonization and invasive fungal infection; it also seemed to be more effective in reducing the incidence of clinical sepsis and the number of sepsis attacks. S. boulardii also had a favorable effect on feeding intolerance in very low birth weight infants [89].

B. subtilis decreased the frequency of respiratory infections in elderly subjects [90].

Metabolites of B. subtilis decreased the resistance of urogenital pathogenic microflora to antibiotics in patients with urinary tract infections, resulting in accelerated elimination [92].

According to some researchers, L. rhamnosus vaginal tablets may be a reliable and safe topical treatment to reduce the bacterial vaginosis recurrence rate [95].

B. coagulans reduced vaginosis symptoms in women when co-administered with antibiotics [103].

A variety of probiotics have prevented infections or supported conventional treatments in many clinical trials.
Get the Regimen of A Top Biohacker

Clinical trials have suggested that probiotics may reduce oral, vaginal, and enteric colonization by Candida pathogens. Probiotics alleviated clinical signs and symptoms, and, in some cases, reduced the incidence of invasive fungal infection in critically ill patients [105].

In a clinical trial, L. plantarum use was associated with a three-fold reduced risk of recurrence of vulvovaginal candidiasis [107].

L. reuteri alone or with L. rhamnosus inhibited the growth of Candida in the vagina [109, 110].

Oral L. reuteri supplementation suppressed candidiasis as effectively as nystatin in preterm infants. It was also more effective at reducing the incidence of sepsis [111, 112].

L. reuteri lozenges were shown to fight oral candida in a study of older patients [113].

S. cerevisiae, when administered orally, colonized the bowel of healthy volunteers; some researchers believe it could compete with and potentially replace resident Candida species [114].

Vaginal administration of S. cerevisiae positively influenced the course of vaginal candidiasis by accelerating the clearance of Candida [115].

Many species of probiotic bacteria, most notably Lactobacillus, Bifidobacterium, and Saccharomyces species, have reduced rates of infection or supported conventional therapies against common and uncommon illnesses.

Some researchers believe that these benefits emerge from an interaction between the gut flora and the immune system; certain probiotics appear to decrease inflammatory signals and modify white blood cell activity.