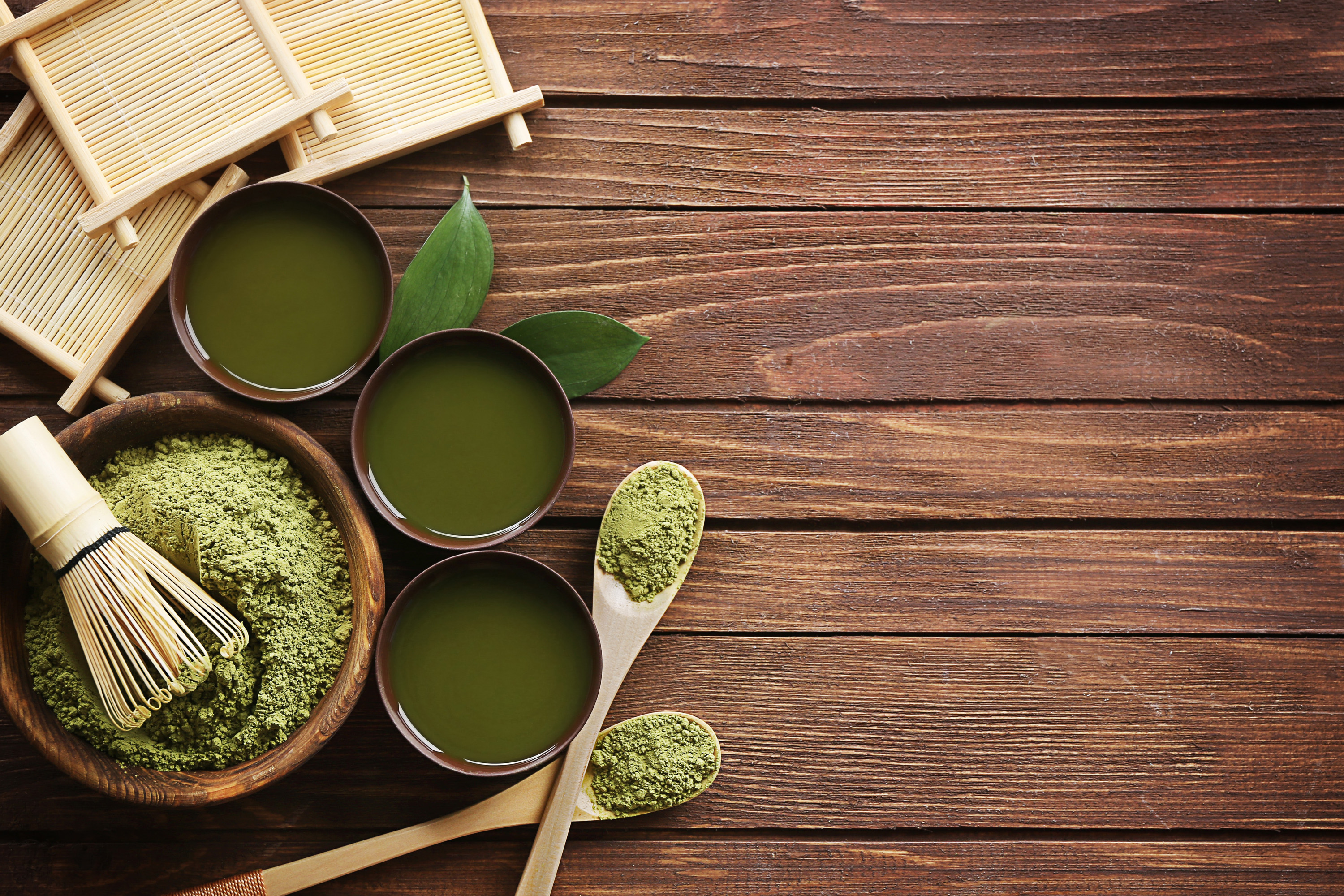 Ashitaba has long been used in cuisine and traditional medicine for infections, healing wounds, and improving digestion. However, proper clinical data are lacking to back up these uses. Scientists are meanwhile investigating if ashitaba can affect weight and heart health. Read on to find out if the purported benefits of ashitaba have scientific ground.

Ashitaba (Angelica keiskei) is a green, leafy herb and is part of the carrot (Apiaceae) family. It is also called “tomorrow’s leaf” because of its rapid growth and alleged regenerative properties. All parts of the plant, including the roots, are edible.

Native to the coastal regions of Japan, Ashitaba is commonly used as a food and folk remedy on the Izu Islands and the Izu Peninsula. Ashitaba is a cold-hardy plant that also easily is grown in partially-shaded garden beds.

Japanese people traditionally used the plant for the flu, liver problems, arthritis, indigestion, fever, and infections. However, proper clinical data is still lacking to back them up [1].

Ashitaba is eaten as a fresh vegetable, dried into leaves for teas, entrees, and soups, and ground into powder for supplementation. Tea is traditionally made after 15 minutes of steeping dried leaves in hot water [1].

Additionally, ashitaba supplements have not been approved by the FDA for medical use. Supplements generally lack solid clinical research. Regulations set manufacturing standards for them but don’t guarantee that they’re safe or effective. Speak with your doctor before supplementing.

Ashitaba is an herb from the carrot family that grows in Japan. It’s used as a folk remedy, but clinical research on its effectiveness is lacking.

Ashitaba is a complex herb that contains the following nutrients [2, 3, 4, 5]:

Ashitaba contains some minerals, vitamins, antioxidants, and other bioactive compounds.

Scientists hypothesize ashitaba may act by:

These proposed mechanisms remain unexplored and unproven in humans.

Scientists hypothesize that ashitaba may act on fat-burning and antioxidant pathways, but this hasn’t been confirmed.

The following purported benefits are only supported by limited, low-quality clinical studies. There is insufficient evidence to support the use of ashitaba for any of the below-listed uses.

Remember to speak with a doctor before taking ashitaba supplements. Ashitaba should never be used as a replacement for approved medical therapies.

There is insufficient evidence to support the use of ashitaba for weight loss.

Only a couple of low-quality human studies have been published. In one small study of 15 healthy weight and 25 overweight people, ashitaba reduced waist width, stomach fat, and body weight after 8 weeks [13].

In a pilot trial of solely nine people, ashitaba reduced stomach fat (visceral), total body fat, BMI, and body weight in people with metabolic syndrome at both 4 and 8 weeks [14].

We can’t draw any conclusions from these studies that included only 24 people in total. Both trials were 100% financed and sponsored by companies that make ashitaba supplements in Japan (Takara Bio Inc. and Japan Bio Science Laboratory Co.), which creates a large conflict of interest and risk of bias.

There is insufficient evidence to support the use of ashitaba for liver damage from alcohol.

In a study of 82 heavy alcohol drinkers, 12 weeks of supplementation with ashitaba reduced gamma-glutamyl transferase (GGT), a marker of liver damage [15].

There is insufficient evidence to suggest that ashitaba can reduce oxidative damage. Its antioxidant effects were only researched in one small open-label study; the findings of this study have not yet been replicated.

In rats and mice, fresh ashitaba juice and fermented ashitaba increased the following [9, 10]:

The effects of ashitaba on the above-parameters have not been researched in humans.

Scientists are investigating whether ashitaba can protect DNA from compounds that cause mutations (mutagens) in cells [17].

Despite a couple of small-scale studies, there is not enough evidence to rate the effectiveness of ashitaba for weight loss, liver damage, and antioxidant defense.

No valid clinical evidence supports the use of ashitaba for any of the conditions listed in this section.

There is no evidence to suggest that ashitaba should be used to improve symptoms in people with diabetes.

Only animal studies have been published. In diabetic mice and rats, ashitaba reduced fasting blood sugar and insulin levels. The herb reduced blood sugar levels, insulin, and triglycerides in rats fed a high-sugar diet. Whether or not these findings will translate to humans is completely unknown [18, 19, 20, 21].

In rats fed a high-diet, ashitaba helped prevent weight and fat gain. Scientists hypothesize that two of the active compounds in ashitaba (4-hydroxyderricin and xanthoangelol) act by increasing adiponectin, a hormone that improves insulin sensitivity. However, their theory remains clinically unproven [7].

Animal experiments suggest that ashitaba should be researched in humans for its potential effects on heart health, memory, and diabetes.

Researchers are exploring the effects of ashitaba on the following markers of inflammation in cells [23, 24, 25, 26, 27]:

Fibrin is a protein that is involved in blood clots. Scientists are wondering if ashitaba extract in dishes can reduce levels of plasma plasminogen activator inhibitor 1 (PA-1), a compound that prevents the breakdown of fibrin clots (fibrinolysis) [24].

Scientists are investigating the impact of ashitaba on blood clots and inflammation in cells.

Scientists are studying the effects of extracts of ashitaba on the growth of species of harmful bacteria, including Mycobacterium tuberculosis, the bacteria that causes tuberculosis [29, 30, 31].

The effects of ashitaba on liver health are unknown. The effects of the extract on acetaminophen (e.g. Tylenol) toxicity in liver cells are being researched [32].

One class of antidepressants act by blocking the activity of the enzyme monoamine oxidase (MAO). Ongoing cellular research is investigating whether xanthoangelol and 4-hydroxyderricin can also block the activity of MAO, though both animal and human studies are still lacking [11].

Cellular research is exploring if ashitaba has the potential to affect neurotransmitters, liver health, or harmful bacteria.

Yet, moderate and high amounts of ashitaba powder did not improve blood cholesterol in overweight rats fed a high-fat diet [34].

Animal findings on ashitaba’s effects on cholesterol are mixed.

Keep in mind that the safety profile of ashitaba is relatively unknown, given the lack of well-designed clinical studies.

Pregnant and breastfeeding women and children should avoid ashitaba due to a lack of safety data.

Other side effects are possible. Consult your doctor about other potential side effects, based on your health condition and possible drug or supplement interactions.

Ashitaba leaves, stems, and the roots are traditionally eaten either raw, cooked, or dried. Ashitaba extracts are available in tablet, capsules, tea, and powder form for supplementation.

Because ashitaba is not approved by the FDA for any condition, there is no official dose.

Doses ranging from 200 to 500 mg of ashitaba extract have been used in clinical trials.

Others found that it kept them from getting gout symptoms.

As a tea, users state that it tastes nutty, like green tea, or has a pleasant taste. Others find it is bitter in taste.

Ashitaba is a relatively unknown herb in the West. It’s mostly used in Japanese folk medicine and belongs to the carrot family. Its leaves contain some minerals, vitamins, and antioxidants.

However, clinical data on ashitaba is sparse. Currently, there’s not enough evidence to support any of its purported health benefits.

Early human research points to its antioxidant, liver-protective, and fat-burning potential. Larger clinical trials are needed to verify these effects.

Some scientists believe that ashitaba may reduce inflammation, but they rely findings from animal experiments. We can’t draw any conclusions from these studies.

Far more research is needed before the safety and effectiveness of ashitaba is determined.