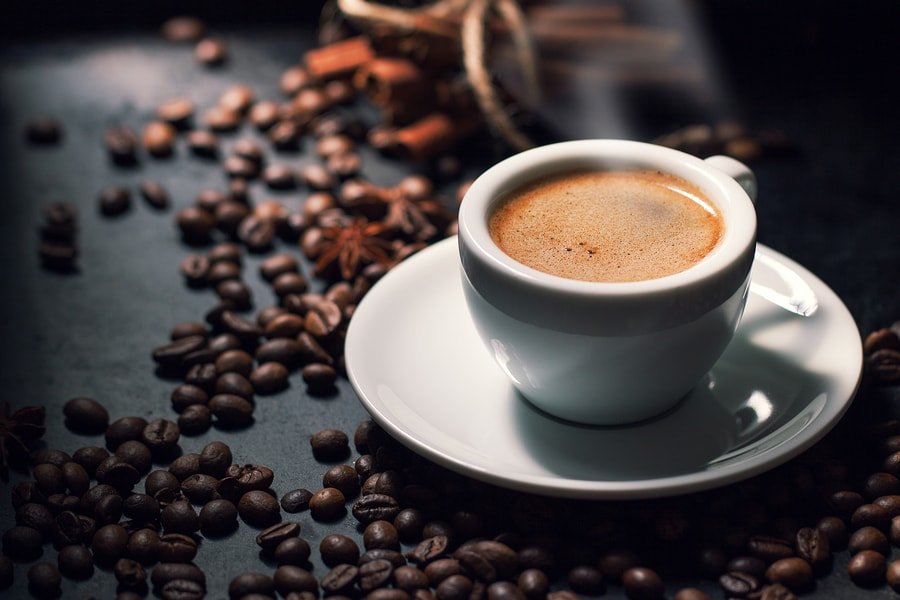 CYP1A2 is an important enzyme that helps to break down toxins in our bodies. It is also the key enzyme responsible for metabolizing caffeine. Therefore variations in the CYP1A2 gene can have a big impact on how coffee will affect our bodies. In addition, CYP1A2 variants have been associated with heart disease risk. Read on to find out more about this enzyme, and factors that can increase or decrease it.

CYP1A2 is an important detox enzyme that breaks down toxic chemicals, drugs, hormones, and other products of metabolism in order to eliminate them from your body. It’s found mainly in the liver [1, 2].

This enzyme is one of the cytochrome P450 monooxygenases (CYPs). These are enzymes that eliminate most of the drugs and toxins from the human body [1]. You can read more about CYPs and CYP metabolizer types here.

Apart from the liver, CYP1A2 has also been detected in the pancreas and lungs [2].

In the liver, it accounts for approximately 13% of all CYP enzymes [3].

This enzyme is activated via the aryl hydrocarbon receptor (Ahr) [5].

CYP1A2 activity shows a remarkable degree of variation (up to 40-fold) between individuals based on their genes, ancestry, and environmental factors (e.g. smoking, coffee consumption, and diet) [2, 3].

Heritability studies suggest that genetic variants may determine up to 75% of CYP1A2 enzyme activity, while food, supplements, and smoking are responsible for the rest [9, 10].

This enzyme is important for removing toxic chemicals from our body and processing hormones and other products of our metabolism.

CYP1A2 activates cancer-causing agents such as aromatic heterocyclic amines, polycyclic aromatic hydrocarbons (PAHs), and aflatoxin B1 [5]. These then need to be neutralized by other enzymes.

Both increased and decreased CYP1A2 enzyme activity have been linked to increased risk of cancer [11, 12, 13].

More than 40 single nucleotide polymorphisms (SNPs) in the CYP1A2 gene have been discovered so far [2].

Studies suggest that African and Asian populations may have lower enzyme activity on average [5].

rs762551 (also known as -163C>A or CYP1A2*1F) is one of the best-studied SNPs in the CYP1A2 gene. It affects the activity of the enzyme and thereby determines how the body will react to the caffeine in a cup of coffee.

There are two possible variants (alleles): ‘A’ and ‘C’. Baseline levels of the enzyme may be similar between the two, but ‘A’ is associated with higher “inducibility”, which means the enzyme becomes more active in the presence of inducers such as caffeine or cigarette smoke [14, 10, 15].

People with ‘AA’ genotype (fast metabolizers) processes caffeine and other substances metabolized by this gene much more quickly (when induced), and these substances will have less of an effect on their bodies.

People with ‘AC’ and ‘CC’ genotypes (slow metabolizers) process caffeine and other substances metabolized by this enzyme more slowly, which is why they can have more of an effect on the body. The same amount of caffeine will, therefore, tend to have more negative effects on CYP1A2 slow metabolizers.

In line with the above, in a small pilot study with 21 participants, 31% of slow metabolizers (CC or AC) reported increased nervousness after caffeine ingestion, while none of the fast metabolizers (AA) reported this effect [16].

Studies have found that fast metabolizers:

A meta-analysis of 21 studies with over 10k people suggests that the ‘AA’ genotype may be associated with a higher risk of lung cancer, but a lower risk of bladder cancer [11].

On the other hand, studies suggest that slow metabolizers who drink coffee:

It’s important to note that just because certain genotypes are associated with a disease, it doesn’t necessarily mean that everyone with that genotype will actually develop the disease. Many different factors, including other genetic and environmental factors, can influence the risk of high blood pressure, heart disease, and cancer!

In a study of 717 seniors who drank a lot of coffee, rapid metabolizers tended to have a lower bone mineral density (BMD) than slow metabolizers [20].

Factors That Increase or Decrease CYP1A2

These can increase CYP1A2 activity, according to human studies:

These can increase CYP1A2 activity in animals:

These can decrease CYP1A2 activity based on human studies:

These can decrease CYP1A2 activity in animals:

It’s important to stress that what’s found in animals, doesn’t always match what’s later found in humans. In this particular case, substances that affect CYP1A2 in animals are in some cases confirmed to have the same effect in humans, while in others they are shown to have no effect [7]. The information from animal studies is given solely for information purposes and will be updated as soon as new findings from human studies become available.