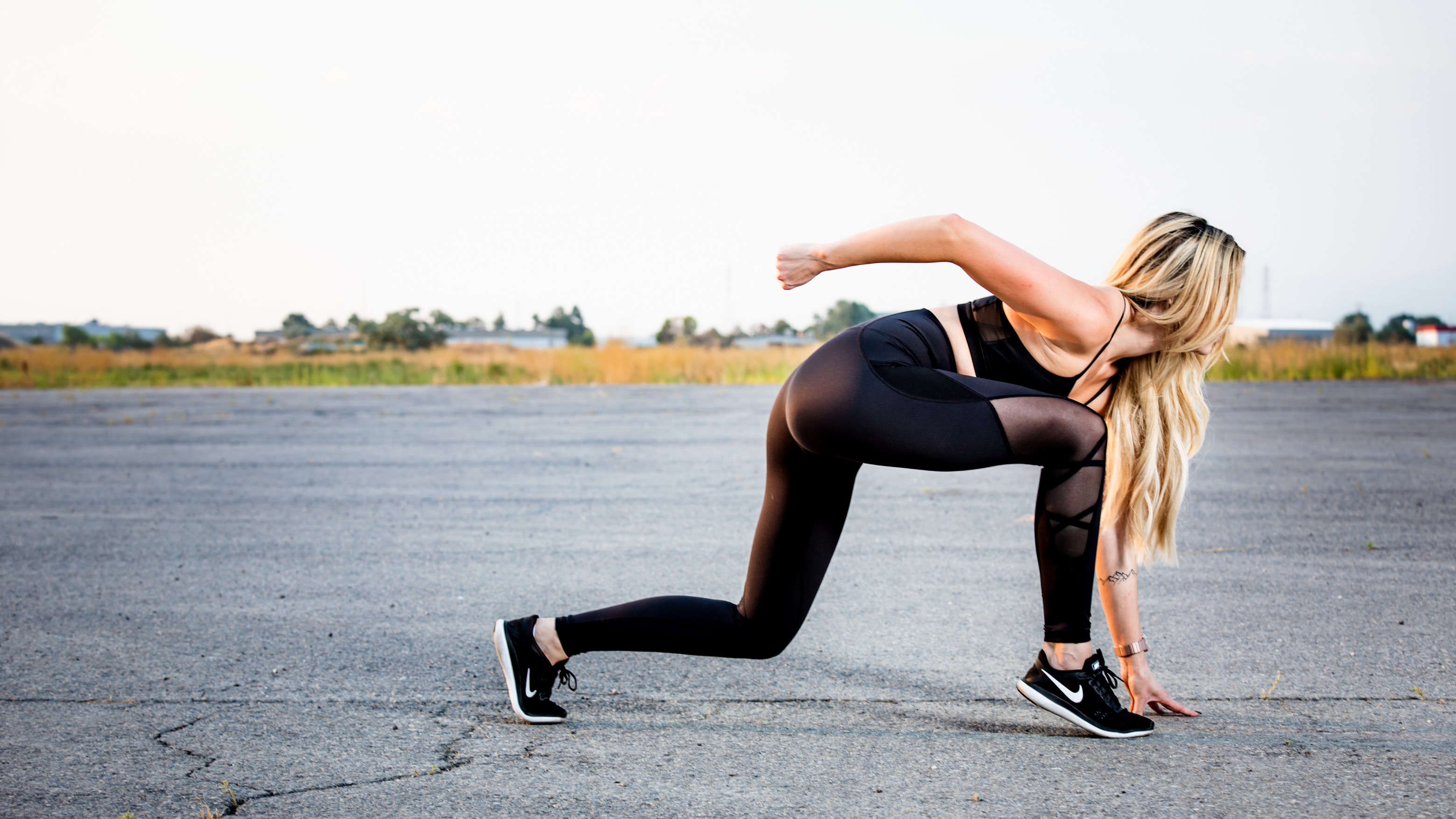 Glycine is an amino acid, one of the basic building blocks of proteins, which may have a variety of health benefits. What does the science say?

Glycine is one of many amino acids that are used to produce proteins. It is the smallest of all amino acids and is incredibly important for the synthesis of other amino acids, glutathione, creatine, heme, RNA/DNA, and it can also help with the absorption of calcium in the body [1, 2].

Glycine is sometimes called a semi-essential nutrient because it is made by the body, but not in sufficient quantities to supply various tissues (including bone, muscle, and skin) with what they need. Therefore, we need to get quite a bit of glycine from our diets to stay healthy.

Some researchers believe that the amount of glycine available in humans might not be enough to meet metabolic needs and that a dietary supplement is appropriate [3].

One study suggests that humans may fall significantly short of the amount needed for all metabolic uses – by about 10 g per day for a 70 kg (154 lbs) human [3].

Glycine is a “semi-essential” amino acid; the human body can produce some on its own, but we also need to get some from our diet. The smallest amino acid, glycine is essential for the production of many important compounds, including DNA.

Despite the presence of glycine in most protein-containing foods, glycine supplements have not been approved by the FDA for medical use and generally lack solid clinical research. Regulations set manufacturing standards for them but don’t guarantee that they’re safe or effective. Speak with your doctor before supplementing.

Glycine (through the consumption of collagen) significantly improved skin elasticity in elderly women and improved skin moisture and water loss [4, 5].

At 8 weeks, collagen significantly improved skin content of procollagen type I by 65%, and elastin by 18%.

Glycine in combination with l-cysteine and dl-threonine topically applied to leg ulcerations significantly improved the degree of wound healing and decreased pain [10].

Glycine’s best evidence of benefit comes for its effect on diabetic leg ulcers. Nevertheless, additional research is required before it will be considered sufficient to support a medical claim.

The group who made the most improvement were also the most deficient in glycine [12].

This effect on NMDA-receptor-mediated neurotransmission allows for glycine to work synergistically with schizophrenia medication [11].

Glycine supplementation has been shown in one instance over the course of 5 years to significantly reduce symptoms of OCD and body dysmorphic disorder [14].

Glycine has positive results when used in the treatment of obsessive-compulsive disorder in adults [15].

Depression is associated with lower levels of blood glycine, as well as high levels of taurine [16].

Small amounts of glycine have been shown to dilate the microvessels in the brain by up to 250% [17, 18].

In rats with alcohol poisoning, glycine was able to reduce the accumulation of cholesterol, free fatty acids, and triglycerides in blood circulation, liver, and brain. Ultimately, this decreases swelling in the brain [19].

A shortage of glycine in the brain can negatively influence the brain neurochemistry, synthesis of collagen, RNA/DNA, porphyrins, and other important metabolites [20].

The glycine treatment at the dose of 1 – 2g/day was accompanied by a tendency to a decreased risk of dying over 30-days [21].

500mg/kg glycine combined with 500mg/kg Piracetam improved cognitive impairments and promoted recovery in the prefrontal cortex in animals with a stroke [22].

There is relatively good evidence that glycine could play a role in stroke prevention and recovery; larger, more robust, and more specific human trials will be required.

The following purported benefits are only supported by limited, low-quality clinical studies. There is insufficient evidence to support the use of glycine supplements for any of the below-listed uses. Remember to speak with a doctor before taking glycine supplements, and never use them in place of something your doctor recommends or prescribes.

After taking glycine for sleep, the following day subjects had lessened daytime sleepiness and improved performance of memory recognition tasks [23].

3g Glycine given to volunteers before sleeping resulted in improvements in fatigue, ‘liveliness and peppiness,’ and ‘clear-headedness’ [25].

Glycine affects certain neuropeptides in the SCN (suprachiasmatic nucleus) in the region in the hippocampus which regulate the circadian rhythm [26].

Specifically, glycine increases VIP, which is critical to the circadian rhythm.

This effect on the SCN indirectly contributes to reducing sleepiness and fatigue induced by sleep restriction [26].

Glycine dramatically increased the tolerability of Aspirin in the upper GI tract of 20 healthy human volunteers [27].

Glycine, but not L-arginine, is able to maintain intestinal wall integrity and mucosa in cancer treatment irradiation in animal models [32].

Glycine has protective effects against oxidative stress in intestinal cells in test tubes [33].

Glycine could potentially help prevent the formation of ulcers in response to stress or harmful chemicals, but human studies have been very limited.

Glycine is believed to help with diabetes and metabolic disorders [2].

Glycine stimulates the secretion of a gut hormone (glucagon) that helps insulin to remove glucose from circulation [37].

Glycine helps patients with oxidative stress in the development of metabolic syndrome [38].

Glycine increases adiponectin, which may trigger weight loss in obese people, but this effect has only been observed in a cell study [39].

Glycine is considered important for metabolic health, but much of the research on this topic is limited to animals and cells.

Glutathione synthesis was restored in patients with uncontrolled diabetes and hyperglycemia with glycine (+cysteine) added to their diet [42].

Glycine helps with lipid profiles in insulin-resistant patients (but not insulin resistance).

Glycine can help with positive glucose management by stimulating the production of Glucagon, a hormone which helps potentiate the action of insulin [37].

These early studies are promising, but larger and more robust human trials are needed.

People with diabetes appear to have lower blood glycine than the average, and glycine supplementation improved insulin sensitivity and glutathione synthesis in diabetic patients.

Glycine lowered blood pressure in patients with metabolic syndrome; glycine’s role in heart health has otherwise not yet been studied in humans.

Glycine can potentially help in menopause because of its estrogen-like bone protective effects [45].

Glycine played a role in maintaining the health of mice suffering from osteoarthritis [45].

Glycine is believed to be important for joint, bone, and tissue strength. High-quality human research into this potential benefit is lacking.

No clinical evidence supports the use of glycine for any of the conditions listed in this section. Below is a summary of the existing animal and cell-based research, which should guide further investigational efforts. However, the studies listed below should not be interpreted as supportive of any health benefit.

Glycine acts directly on inflammatory cells to suppress the activation of transcription factors, the formation of free radicals, and inflammatory cytokines [28].

Feeding rats diets high in glycine (5%) totally prevented death after exposure to an injection of a toxin (E Coli) by blunting TNF-alpha. Whereas 50% of the control group died within 24hrs [48].

In this same study, glycine fed rats who had liver damage and also injected with a toxin had an 83% survival rate, whereas the non-glycine control group had 0% rate of survival [48].

In mice fed with various types of sugar, TNF-alpha is significantly higher in mice fed fructose [49].

Glycine has protective properties against the harms of Fructose by its ability to prevent the release of inflammatory cytokines (TNF-α, IL-6) release with fructose exposure [50].

Glycine plays an important role in reducing oxidative stress in the body [38].

As a precursor to glutathione, glycine can restore previously lowered levels of glutathione [42, 51].

Glycine is sometimes recommended to the elderly because glutathione levels naturally fall with age [52].

Animal and cell research indicates that glycine is important for reducing inflammation and oxidative stress.

Supplementation of glycine for five days in animal models prior to complete or partial liver donation significantly inhibited liver injury and liver-related enzymes [58].

Blood alcohol levels were significantly lower in animals which had consumed glycine prior to intoxication over controls who had not [60].

Glycine reduced the rate at which the stomachs of mice absorbed alcohol and emptied into the intestine [61].

Kidney tubes (proximal tubules) are resistant to oxygen deprivation damage if glycine is present in the test tube. This has only been observed in an isolated tissue study, and studies in animals and humans are lacking, so we can’t say what the implication is for kidney health in a living system [62].

In rat models, supplementation with 4% glycine caused a 65.7% reduction of cavity occurrence. This has not been investigated in humans [29].

Glycine might also increase the conversion of T4 to T3 in the liver, but this effect has only been studied in fish so far. It is unclear whether or how much this result might apply to human livers [63].

Note that there is no safe and effective dose because no sufficiently powerful and specific study has been conducted to determine one. That being said, many human trials have safely used doses between 1 g per day (for supporting brain health after a stroke) to over 50 g (for schizophrenia).

Most Americans get between 1.5 and 3 g of glycine from food, and our bodies produce another 3 g or so.

Many commercial supplements come in 1 g capsules or in free powder that can be scooped into shakes or other fluids.

Side Effects of Glycine

Slight sedation is a possible side effect of taking Glycine [21]. Some practitioners recommend taking it in the evening for this reason.

In a Japanese study of nearly 30,000 patients, the risk of dying after stroke may be increased by meat consumption. The scientists pointed out a correlation between glycine intake and mortality from stroke, though they did not suggest a reason for this link [64].

Glycine is not recommended to take while suffering from diarrhea. It may worsen the condition and lead to poor rehydration [65].

You can get a good amount of glycine from glycine, collagen or gelatin.

Glycine is a semi-essential amino acid, meaning that the human body can produce some on its own, though some must also be consumed in food. The smallest of the amino acids, it is important for the production of many proteins and compounds, including DNA and RNA.

Glycine supplementation may prove useful for diabetic ulcers, schizophrenia, and stroke recovery. Other human studies suggest a potential benefit for other areas of metabolic and mental health, including insulin resistance, insomnia, and sleep disorders.

The richest dietary sources of glycine include gelatin, fish, and all types of meat. Glycine is also available as a dietary supplement.