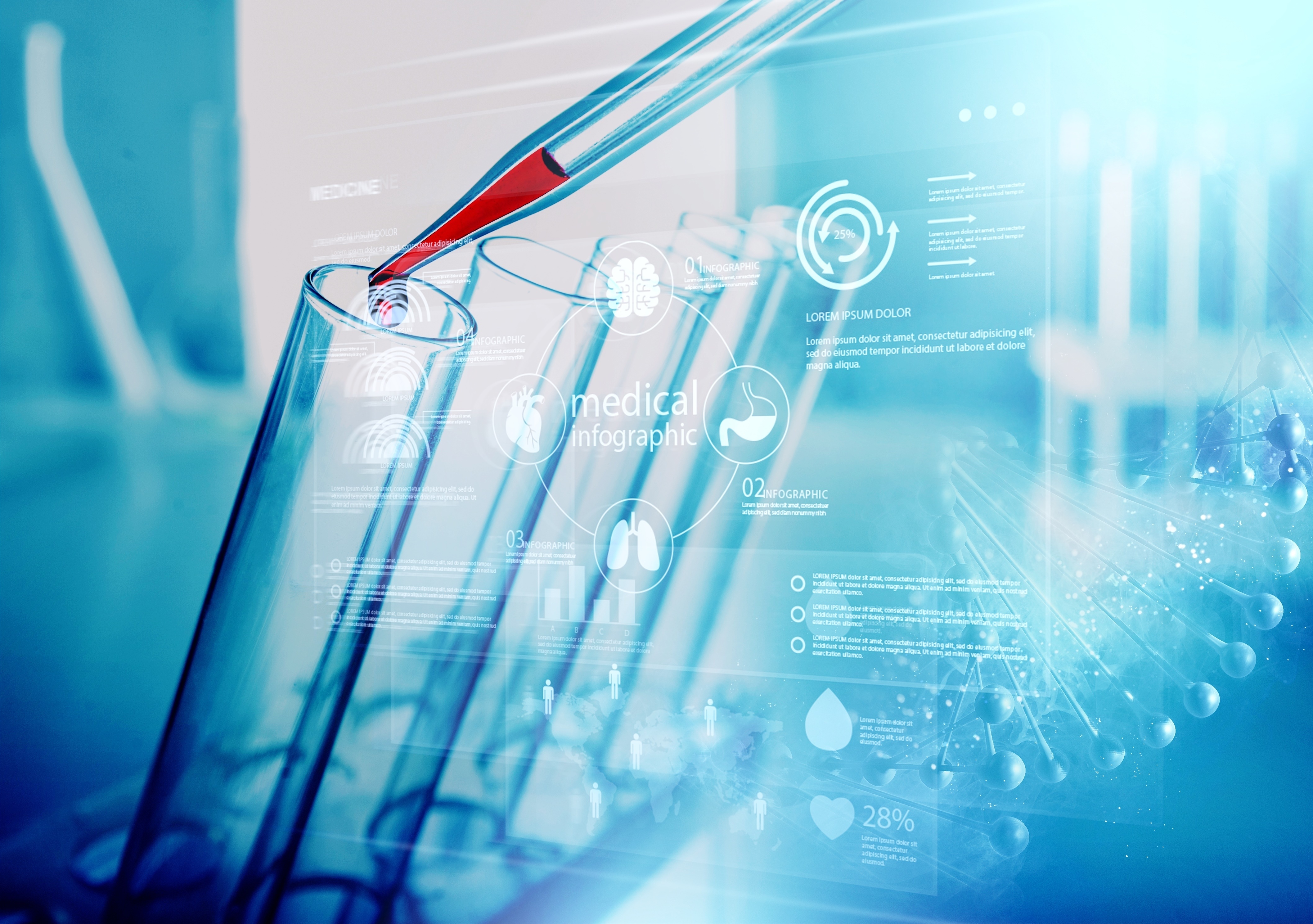 Scientists are investigating whether chronic inflammation and autoimmune issues are linked to VIP. Find out what role it plays in different tissues in the body and whether certain natural factors can increase it.

Disclaimer: This post focuses on the science of inflammation, immunity, and other aspects of health in relation to VIP. It is solely informational. Talk to your healthcare provider if you suffer from inflammatory diseases and/or other health issues.

Vasoactive intestinal peptide or VIP is a hormone produced in many tissues, including the gut, pancreas, and suprachiasmatic nuclei (SCN) of the hypothalamus [1].

Decades ago, scientists discovered that VIP stimulates the heart to contract, causes vasodilation (hence its name), and lowers blood pressure. It also increases glycogen breakdown and relaxes the smooth muscle of the trachea, stomach, and gallbladder [1].

Additionally, VIP increases motility, muscle relaxation of the GI tract (lower esophageal sphincter, stomach, gallbladder). It stimulates the secretion of water, bicarbonate, and bile into the pancreatic juice, stimulates pepsinogen, and lowers stomach acid secretion (by gastrin) and inhibits the absorption of water from the intestines [1].

Aside from impacting digestion, heart health, and immunity, VIP seems to act as a neurotransmitter. It’s found throughout the brain, and it affects brain blood flow, melatonin, and the circadian rhythm [2].

Studies suggest that VIP is highest in the morning, which elevates cortisol to wake us up. This is also why cortisol levels are typically highest when we start our days and lowest in the night when we sleep. Its action is connected to other important wake-sleep chemicals in the body like orexin and adenosine [3].

You’ve probably heard of the fight-or-flight and rest-or-digest nervous systems. They usually oppose each other and use norepinephrine and acetylcholine, respectively. Scientists think that VIP belongs to the third type of nervous activity, which is neither flight-or-flight nor rest-or-digest [4, 5].

The nerves VIP belongs to mostly act on the gut and pelvis areas, blood flow, muscle tone, and signaling in the brain [4, 5].

Researchers think that VIP may increase:

Many of the human studies listed in this section talk about associations, which means that a cause-and-effect relationship can’t be determined.

Some studies were done only on lab animals and their findings can’t be applied to humans.

VIP is hypothesized to decrease most inflammatory cytokines. It appeared to have anti-inflammatory effects in mouse models of arthritis [8].

In patients with asthma, a loss of VIP from the lung nerve fibers was associated with more constricted airways [9].

VIP was also explored as a prognostic marker in another study. Patients with early arthritis who maintained low VIP levels over a two-year follow-up period did worse, despite receiving more intense treatment. Additional studies are needed to confirm these findings [10].

According to one unverified theory, VIP may be needed for immune tolerance. Scientists suspect that it suppresses Th1 immune responses and promotes Th2-type responses. They are investigating whether VIP [11, 12]:

However, these mechanisms were only researched in cells and animals. Less is known about the anti-inflammatory effects of VIP on humans.

See this great image that summarizes the immune effects of VIP and MSH.

On the other hand, blood levels of VIP were elevated in patients with eczema in one study [19].

Scientists are investigating whether VIP has neuroprotective properties. It may raise cellular resistance against oxidative stress and help neuronal survival, but more research is needed [20].

VIP injected in the hippocampus exerted an anti-anxiety effect in rats [21].

On the downside, VIP was increased in women with chronic migraines. This may be because VIP increases blood flow, and excessive blood flow in certain brain blood vessels is thought to underlie migraine attacks [22].

Researchers are exploring if VIP has antimicrobial, antibacterial, and antifungal properties [23].

Mice without VIP have elevated blood glucose, insulin, and leptin levels. They have enhanced taste preference for sweet foods, which is linked with leptin resistance due to abnormal taste buds [25].

Some scientists think that VIP may be important for fertility. Human studies have not yet verified this. Released from the SCN in the brain, VIP increased the release of Gonadotropin Releasing Hormone (GnRH) in animals [26].

Female mice deficient in VIP produced about half the offspring of their normal sister mice even when mated to the same males in one experiment [27].

In another animal study, VIP-deficient female mice had a disrupted estrous cycle [27].

According to one unconfirmed theory, a lack of VIP may impair reproductive health by disrupting the circadian rhythm [27].

VIP also helped scientists better understand the vaginal changes of arousal. VIP is thought to be responsible for increasing and maintaining vaginal lubrication in women, doubling the total volume of lubrication produced [7, 29].

Little is known about the effects of VIP on the circadian rhythm in humans. Based on animal experiments, VIP is thought to be involved in synchronizing the timing of SCN function with the environmental light-dark cycle. Therefore, it might play a role in sleep [7].

VIP-deficient mice have less strong (i.e lower amplitude) circadian rhythms as well as out of sync clocks with the SCN and other tissue [27].

In the adrenals, circadian rhythms (Per1) were lost in VIP-deficient mice, while in the liver, the most dramatic impact was on the phase or timing of the rhythm [27].

The effects of VIP on weight are mixed effects. On the whole, it’s thought to contribute to obesity more than to weight loss, but this hasn’t been confirmed. Studies suggest that VIP may have the following effects:

The impact of VIP on cancer in humans is still poorly understood.

On the one hand, VIP is thought to combat inflammation and autoimmunity. On the other hand, it might work as a growth factor. Cell-based studies suggest that it may have proangiogenic functions in breast and prostate cancer, which would theoretically help tumors grow blood vessels and spread. This hasn’t been tested in humans [32].

Scientists are also exploring whether VIP increases VEGF and other pathways that induce tumor growth (EGFR and HER2 activation) and cancer genes (c-fos, c-jun, and c-myc oncogenes). Some evidence has linked VIP with the pathogenesis of prostate cancer. In prostate cancer cells, VIP stimulated prostate-specific antigen (PSA) secretion [32].

In one study, VIP suppression was suggested as protective against breast and prostate cancers. More human research is needed [32].

Factors that May Increase VIP

You may try the complementary approaches listed below if you and your doctor determine that they could be appropriate.

Remember that none of them should ever be done in place of what your doctor recommends or prescribes.

The impact of increasing VIP on human health is not well understood.

Plus, many of the factors listed below were researched only in animals and can’t be applied to humans.

Remember, increasing VIP is not always beneficial. The fact that the addictive compound nicotine increases VIP adds to this fact [33, 34, 35].

The use of intranasal VIP is highly controversial. It’s known to be popular among doctors who claim to treat mold illness and CIRS. They claim VIP is often low in mold illness/CIRS, but this remains unproven.

CIRS itself is a controversial term, considered by most experts as a misleading and incorrect diagnosis.

In line with this, there are no approved treatments in the U.S. for CIRS.

Additionally, the FDA concluded that there are insufficient data to determine the safety of VIP for human use in chronic conditions.

The FDA is currently reviewing the status of VIP as a “bulk compound.”

Nonetheless, compounding pharmacies are still allowed to it. That means that, for now, it’s available as a compounded nasal spray with a doctor’s prescription.

Glycine increased VIP by 3.2X in the daytime, which modulates the circadian rhythm [36].

Bone broth has glycine, but I prefer the supplemental form. Bone broth and chicken soup make me sleepy.

See our post on factors that may stimulate the vagus nerve.

Lemon and limonene increased VIP in gut tissue in animals [40].

The following factors are theoretical. They help scientists better understand biochemical pathways, but their health impact hasn’t been tested in humans.

Anecdotally, people use ginger to increase VIP, but this isn’t backed by science.

In another study that included men with prostate cancer and athletes, exercise increased anti-VIP antibodies and suppressed VIP. This was seen as protective against prostate cancer [32].

Unless your doctor specifically advised against exercise, getting some moderate physical activity in your daily routine is always a good idea.

VIP blood levels are usually only checked in people suspected to have with VIPomas, which are VIP-secreting tumors.

VIP levels are much higher in people with VIPomas.

Although some doctors order VIP blood tests for people they suspect have CIRS, evidence is completely lacking to support this practice.

14 Effects of DHT + How to Increase & Decrease It