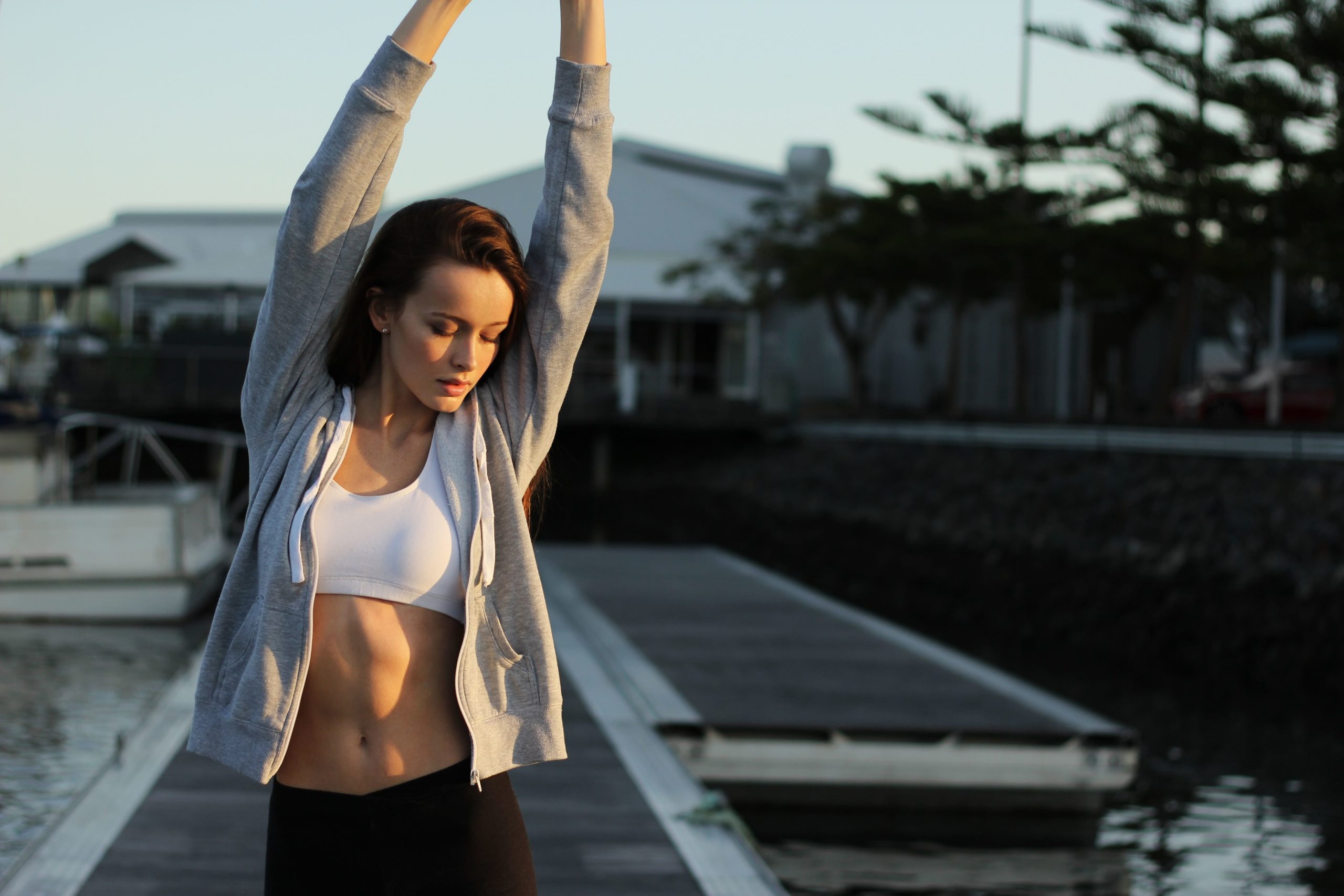 Progesterone has spurred a lot of attention, some popular authors claiming it’s the fountain of fouth. But what is natural progesterone and how do our cells make it? Read on to understand why the progesterone our body produces is so important for both genders throughout the lifetime.

Disclaimer: This post focuses on the science behind natural progesterone production in the body and is solely informational. Please discuss your medications with your doctor.

Progesterone is a sex hormone mainly produced by the ovaries, and less so by the placenta and adrenal glands. Also known as the “pregnancy hormone,“ it prepares women for pregnancy and is essential to maintain it. In fact, that’s how progesterone got its name, which translates to “for pregnancy” from Latin (pro gestatio) [1+].

Progesterone is thought to be a female sex hormone. Aside from sustaining fertility and enabling a healthy pregnancy, it also prepares milk-producing glands for breastfeeding. In non-pregnant women, progesterone balances the menstrual cycle [2+, 1+].

But men also produce this hormone, although in smaller quantities and without cyclical variations. Women face changing progesterone levels every month with each phase of the menstrual cycle [2+].

Progesterone is a sex hormone best known for starting off and maintaining pregnancy.

Progesterone is not just a sex hormone. It’s one of the curious signals the body uses to achieve wide-ranging effects beyond reproduction. Scientists think that naturally-released progesterone protects brain cells from injury, increases their myelin insulation, and aids the activity of neurotransmitters [2+].

In the fetus, progesterone seems to reduce oxidative stress and immune overactivity. Some studies suggest that progesterone helps create new brain cells and some of the first neuronal connections and branches in the developing fetal brain [2+].

For these reasons, progesterone can rather be considered a “neurosteroid” and is being investigated for reducing brain damage after stroke and traumatic injuries (TBIs). Clinical studies have yet to investigate these uses [2+].

Aside from its reproduction-related roles, progesterone seems to protect the brain and support neurotransmitter balance.

Progesterone Production in the Body

Cholesterol is the starting point for making all steroid hormones, including progesterone.

Cholesterol carried through the blood as LDL cholesterol is released in its free form into tissues, such as the ovaries. At this point, an important hormone-balancing cascade takes place:

All sex hormones are produced using this versatile pathway, regardless of the location in the body. The main difference is what hormones will be produced in larger quantities, and that’s where the ovaries, testes, adrenals, brain, and placenta differ [1+].

Organs that produce steroid hormones normally work in synchrony to maintain health. But many factors — from diet and stress to aging and abnormal levels of a certain hormone — can shift the focus of this pathway and trigger hormonal imbalances.

Progesterone doesn’t stay in the blood for long. It is bound to proteins and quickly reaches the liver to be metabolized (into sulfates and glucuronides). Its breakdown products are then removed from the body by urine [1+].

The starting point for progesterone production in the body is cholesterol. Ovaries produce the majority of progesterone in women.

The ovaries are unique in their cyclical activity, unlike the testes that stay more or less constant all the time.

Hormones produced by the ovaries, including progesterone, will vary based on the phase of the menstrual cycle. The release of pituitary hormones FSH and LH that orchestrate the activity of progesterone and estrogen is also in sync with these cycles [3].

The most important stages of the menstrual cycle flow in the following order [3]:

After menopause and as ovulation ceases, progesterone levels drop. This is because the main source of progesterone, the yellow body, is no longer being formed in the ovaries. In postmenopausal women, progesterone continues to be produced only in the adrenals in much smaller amounts.

The female body undergoes a fascinating and complex coordination of hormonal events to establish and maintain pregnancy [4].

Healthy progesterone levels are essential for maintaining fertility in women, along with other hormones.

During the so-called “implantation window,” which is open for about 5 days around ovulation, progesterone makes the uterus more receptive to attaching a fertilized egg [4].

The tubes and uterus might not be receptive to transporting and attaching a fertilized egg if progesterone levels are out of balance.

One of its crucial roles is to shift the production of progesterone to the placenta, which happens 6 – 7 weeks into pregnancy. Remember, shortly before pregnancy, progesterone was being produced in the yellow body that’s no longer needed [4].

Progesterone alone can maintain pregnancy at the beginning. Given to women who can’t produce it (due to surgical removal) during the first trimester, progesterone maintains a pregnancy that would otherwise cause miscarriages [4].

Women with abnormal progesterone levels may be more likely to experience recurrent miscarriages [4].

Progesterone starts off pregnancy by allowing implantation. It also helps maintain early pregnancy, as the placenta slowly takes over its production.

After the first trimester, the placenta takes on full responsibility for making progesterone.

As pregnancy progresses, progesterone and estrogen levels continue to rise, spiking in the last trimester [4].

Together, these two hormones stimulate the growth of breast tissue and milk glands, preparing the body for lactation. Estrogen also increases the number of progesterone receptors in breast tissue, making the breasts more sensitive to its effects [4].

In late pregnancy, high progesterone and estrogen trigger the release of prolactin from the pituitary. Prolactin is the main hormone that enables milk production (pro= increasing lactin=milk) [4].

Throughout pregnancy, progesterone relaxes the uterus and prevents contractions.

Shortly before and during labor, progesterone activity drops while estrogen increases, triggering contractions. For example, substances that oppose the effects of progesterone (progesterone receptor antagonists) can induce labor in the third trimester [4].

Progesterone helps prep the uterus for birth and milk glands for breastfeeding. Along with prolactin and estrogen, it stimulates breast tissue growth, which peaks in the third trimester.

How Much Do We Know?

Much less is known about the function of progesterone in men than in women. Nonetheless, women in the first phase of the menstrual cycle have very similar progesterone levels to men [5].

We know that in men, progesterone is produced in the adrenal cortex and in the testes in small amounts. It serves to balance testosterone and estrogen, impacting the production of both sperm and testosterone in the testes [5, 2+].

Very low progesterone blood levels in men have been linked to obesity, a higher BMI and waist circumference [6].

Low levels of the male sex hormone DHEA-S were also linked to low progesterone in one study. Researchers have suggested that, in obese men, low progesterone may be a result of an underactive adrenal cortex. This theory hasn’t been properly verified, though [6].

On the other hand, high progesterone or an increased number of progesterone receptors in men seem to be detrimental.

Scientists proposed that progesterone receptors have the potential to be used in diagnosing benign vs. malignant prostate cancers – but further clinical work is needed [7, 5].

Interestingly, animal research suggests that progesterone may play a role in making men more hostile toward their children. This hasn’t yet been proven in humans.

However, many other factors can affect aggression in men, especially during the parenting phase. Simply lowering progesterone levels is unlikely going to make men better and more caring fathers.

Exactly what role progesterone plays in men is still a mystery, but scientists think it might increase aggression in animals. However, low levels have been linked with obesity in limited human studies.

Progesterone is best known as the “pregnancy hormone.” It starts off pregnancy and helps maintain it until childbirth.

Aside from supporting fertility and reproduction, progesterone also seems to protect the brain and contribute to neurotransmitter balance.

Like all sex hormones, progesterone production in the body starts with cholesterol.

Ovaries produce the majority of progesterone in women. The second phase of the menstrual cycle is dominated by progesterone.

In men, progesterone is mostly produced in the adrenals and its health effects are still unclear. Scientists suggested a link between low progesterone in men and obesity, as well as between high levels and prostate cancer and obesity. More research is needed.