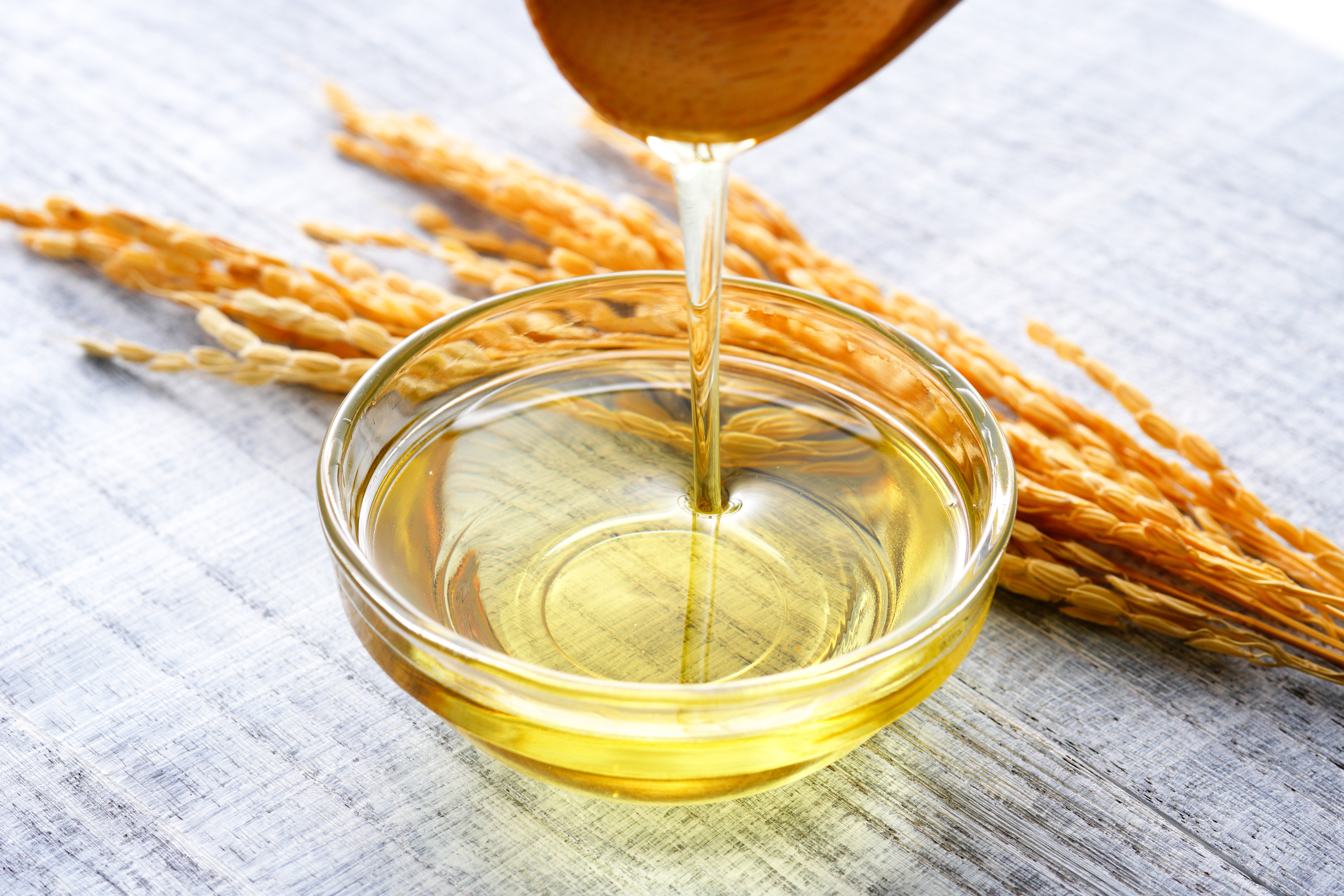 Although gamma oryzanol, a compound found in rice bran, has been used in Japan for decades, studies are still uncovering its many potential health benefits. Read on to find out why this supplement is gaining in popularity.

What Is Gamma Oryzanol?

Gamma oryzanol occurs in rice bran oil at a level of 1 to 2%. It comprises a mixture of ferulic acid esters and phytosterols [1, 2].

Apart from rice, it is also found in wheat, maize, rye, triticale, and barley, but at much lower levels [3].

It has been used as a supplement in Japan since the early 70s.

Gamma oryzanol is believed to:

Gamma oryzanol is commonly used as an exercise supplement as well as to build muscles. However, the results regarding muscle strength are controversial. It is much more promising as a supplement to decrease cholesterol.

Researchers believe that gamma oryzanol could decrease cholesterol by:

Researchers further believe that this supplement could lower inflammation by:

In animals and cells, it lowers blood glucose levels by increasing PPAR-γ and C/EBPα, which increases the uptake of glucose by cells [7].

Gamma oryzanol supplements have not been approved by the FDA for medical use. Supplements generally lack solid clinical research. Regulations set manufacturing standards for them but don’t guarantee that they’re safe or effective. Speak with your doctor before supplementing.

Gamma oryzanol blocks the uptake of cholesterol by gut cells, as it decreases HMG-CoA reductase, an enzyme that promotes cholesterol production. This supplement also increases cholesterol removal by bile acids [10, 16].

In another study, this supplement lowered cholesterol and improved fat metabolism in rats fed a high-cholesterol diet [19].

The following purported benefits are only supported by limited, low-quality clinical studies. There is insufficient evidence to support the use of gamma oryzanol for any of the below-listed uses. Remember to speak with a doctor before taking gamma oryzanol supplements, and never use it in place of something your doctor recommends or prescribes.

A study of 30 healthy participants found that gamma oryzanol improved bench press and leg curl results, showing that the supplement may have improved muscle strength during resistance training [23].

However, another study on 22 weight-trained men showed that nine weeks of gamma oryzanol supplementation did not influence performance [24].

No clinical evidence supports the use of gamma oryzanol for any of the conditions listed in this section. Below is a summary of the existing animal and cell-based research, which should guide further investigational efforts. However, the studies listed below should not be interpreted as supportive of any health benefit.

This compound decreased cholesterol and reduced “aortic fatty streaks” in hamsters. Fatty streaks are the first visible damage in the hardening of the arteries [27].

However, it was ineffective in treating the hardening of the arteries (atherosclerosis) in rabbits [28].

This supplement effectively prevented the decrease of adiponectin levels in mice. Low adiponectin is a risk factor for diabetes [31].

A study performed on rats suggests that gamma oryzanol can combat obesity by blocking dopamine receptors (D2R) in the brain (striatum). These receptors are part of the brain reward system. They are increased by a high-fat diet, resulting in hedonic overeating [34].

This compound reduced the preference for dietary fats, and reduced obesity and fat accumulation in rats fed a high-fat and high-fructose diet [35, 14].

It also decreased the production of fat cells (adipocytes) [36].

When delivered under the skin via an injection, gamma oryzanol protected against skin-aging and improved wrinkles in 15 people and UV radiation-exposed rats [37].

Also, when it was incorporated into a cream and applied to the skin, it hydrated and lightened the skin [38].

This compound increased bone density and calcium content in a rat model of osteoporosis (female rats that had their ovaries removed) [39].

Another study found that it increased bone formation-related genes in rats (SP7/OSX, POSTN, RUNX2, and COL1 and 2) [40].

In rats, gamma oryzanol decreased inflammatory mediators such as PGE2, TNF-alpha, and IL-6 [5].

This supplement reduced lung inflammation in rats with sepsis [41].

It also decreased IL-6 and a marker of chronic low-grade inflammation, CRP, in rats with metabolic syndrome [14].

Gamma oryzanol also decreases other inflammatory parameters, such as COX-2 and Nf-kB [13, 6].

Anaphylaxis is an extreme allergic reaction characterized by swelling and difficulty breathing.

A component of gamma oryzanol called cycloartenol ferulate was able to reduce mast cell degranulation (mast cells release histamine and other inflammatory agents), which decreased the anaphylaxis reaction in rats [42].

This supplement increased cytokines IL-8 and CCL2 and enhanced the activity of macrophages ( a type of white blood cell) important for the innate immune responses [44].

In a couple of studies, gamma oryzanol prevented stress-induced ulcers in rats [46, 47].

Cycloartenol ferulate, a component of gamma oryzanol, reduced the growth of skin tumors in mice [49].

However, a study on rats reported a rare side effect of gamma oryzanol: promoting lung cancer. But its effect is weak and occurs only at a very high dosage [52].

Gamma oryzanol has not been studied in human cancer patients. We strongly recommend against using it without first consulting your doctor.

Most of the studies on gamma oryzanol have been in animals or cells, which may or may not translate and apply to human health.

Despite the frequent use of gamma oryzanol by athletes as a strength supplement, there is limited evidence available to support the effects of this compound on muscle strength during resistance training [23].

The testosterone-lowering effects of gamma oryzanol are only theoretical and haven’t yet been proven [53].

Another study found that an injection of gamma oryzanol into rats suppressed growth hormone and prolactin release [54].

This compound was a potent inhibitor of luteinizing hormone release and a weak inhibitor of prolactin in rats [55].

It lowered thyroid-stimulating hormone (TSH) levels in 6 of the 8 studied hypothyroid patients the blood [56].

Gamma oryzanol and its source, rice bran oil, are generally considered to be safe, with little to no side effects reported in studies.

Gamma oryzanol is a promoter of lung cancer in rats, but its effect is weak and occurs only at a very high dosage [52].

It was found to be not carcinogenic (cancer-causing) in studies on experimental mice and rats [57, 58].

There is no safe and effective dose of gamma oryzanol for any health purpose because no sufficiently powered study has been conducted to find one. That said, clinical studies have found benefits associated with certain doses.

One study (referenced in a review) administered gamma oryzanol thrice daily at 20 mg [59].