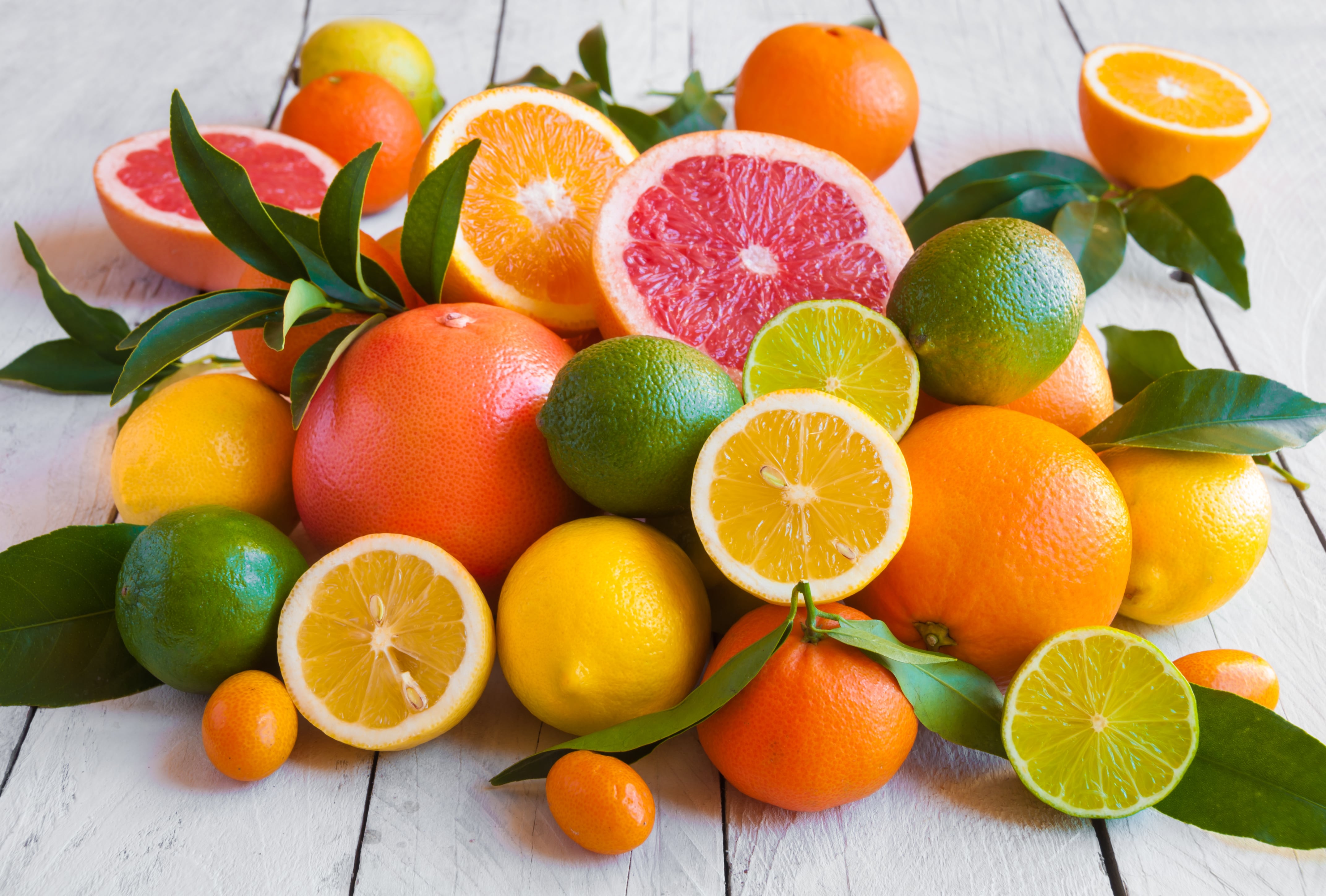 Hesperidin, a flavonoid found in orange peels, has many potential benefits. They include relieving the symptoms of vessel conditions such as chronic venous insufficiency and hemorrhoids, lowering blood pressure, and helping with diabetes and its complications. Read below to learn about these and other potential health benefits of this glycoside.

Hesperidin is a flavonoid glycoside mainly found in citrus fruits such as oranges and tangerines. Upon consumption, hesperidin is degraded by gut bacteria in the colon [1, 2].

A similar flavonoid also found in citrus fruits is hesperetin. Some studies use hesperetin instead of hesperidin, often because the injection of synthetic hesperetin produces faster effects than consuming very high amounts of hesperidin [3].

Chronic venous insufficiency, commonly known as varicose veins, is a condition in which the walls and valves in the veins fail to work. As a result, the blood cannot be returned to the heart and pools in the legs, increasing blood pressure until the smallest blood vessels (capillaries) burst. This can cause local inflammation and tissue damage, swelling, and even ulcer formation [12, 13].

Daflon is a purified citrus flavonoid mixture containing 10% hesperidin and 90% diosmin. Daflon administration inhibits the inflammatory response and free radical production in the vessels, reducing swelling and protecting their tissues [12, 15].

Hemorrhoids are swollen veins in the anus and rectum, similar to varicose veins. Hemorrhoids are often relieved by eating high-fiber foods, applying over-the-counter ointments or suppositories, regularly soaking them in warm water, and taking oral painkillers. Hemorrhoids with persistent pain or bleeding may be treated with minimally invasive procedures such as rubber band ligation, sclerotherapy, or coagulation techniques. Severe cases that don’t respond to these procedures may require surgical removal or stapling [23].

Similarly, the mixture of hesperidin with other flavonoids (such as diosmin, troxerutin, rutin, and quercetin) reduced pain, swelling, bleeding, and painkiller use in 2 clinical trials on over 200 people [32, 33].

As in the previous case, evidence suggests that Daflon and other hesperidin-containing flavonoid mixtures may improve hemorrhoid symptoms, but none of them is approved for this condition. You may discuss with your doctor if these supplements may help in your case.

Both orange juice and a drink with hesperidin reduced the production of pro-inflammatory proteins by white blood cells in a small trial on 10 people. In 4 clinical trials on over 200 people, supplementation with hesperidin reduced inflammation caused by conditions such as heart attack, non-alcoholic fatty liver disease, type 2 diabetes, and metabolic syndrome [34, 35, 36, 37, 38].

Hesperidin also reduced the levels of inflammatory cytokines and messengers in rats and cells [39].

Although the results are promising, further clinical research is needed to establish how to use hesperidin in inflammatory conditions. You may discuss with your doctor if it may help in your case.

Both hesperidin and hesperetin function as antioxidants. They both have radical scavenging activity, meaning they stop free radicals from damaging cells [39].

In a clinical trial on 16 healthy people, a mixture of citrus flavonoids increased antioxidant activity after meals, which may help prevent chronic disease development [40].

All in all, limited evidence suggests that hesperidin may help prevent oxidative damage by scavenging free radicals.

Similarly, hesperidin lowered blood pressure and reduced inflammation in one trial on 64 people with type 2 diabetes and improved blood vessel function in one on 24 people with metabolic syndrome [37, 38].

The similar flavonoid hesperetin promoted blood vessel widening in a small trial on 10 women and a cell-based study [45].

Although promising, the evidence to support the role of hesperidin in blood pressure lowering is still limited. Further research is needed to determine how to effectively use it for this purpose. Do not take hesperidin or citrus fruits instead of the blood pressure-lowering medication prescribed by your doctor.

To sum up, limited evidence suggests that hesperidin and other citrus flavonoids may help with diabetes and its complications. You may discuss with your doctor if this compound may help in your case. Never use it to replace what your doctor recommends or prescribes.

Hesperidin and p-synephrine (part of bitter orange extract) increased the rate at which the body burns calories (metabolic rate) in a clinical trial on 50 volunteers [49].

A combination of a water-soluble form of hesperidin (glucosyl-hesperidin) and caffeine reduced stomach fat, body weight, and BMI in another trial on 75 moderately overweight people [50].

Because only 2 clinical trials and a study in animals have been conducted, there is insufficient evidence to support the use of hesperidin to promote weight loss.

In rats fed a high-cholesterol diet, hesperidin supplementation reduced total cholesterol levels by preventing both its production and uptake [64].

To sum up, while the cholesterol-lowering effects of citrus fruits are proven, the contribution of hesperidin is less clear until further clinical research is conducted.

Hesperidin’s antioxidant properties may protect the brain from oxidative damage [39].

In a clinical trial on 37 healthy elderly people, consuming orange juice enriched in hesperidin and other flavanones for 8 weeks significantly improved cognitive function [65].

In rats, pre-treatment with hesperidin and curcumin protected the brain against a sugar that causes oxidative damage in the brain (D-galactose). It reduced cognitive impairment by preventing nerve cell death [66].

In mice with Alzheimer’s disease, hesperidin administration reduced symptoms such as learning and memory problems or reduced physical activity [67].

Pre-treatment with hesperidin and L-arginine slightly protected against memory loss in rats recovering from a stroke [68].

All in all, a small clinical trial and some animal studies are insufficient to claim that hesperidin protects brain function. Larger, more robust clinical research is needed to confirm these preliminary findings.

Estrogen deficiency during menopause causes bone loss and osteoporosis. In a clinical trial on 12 healthy postmenopausal women, a hesperidin supplement combined with calcium prevented bone loss. However, hesperidin alone was only effective in mice. In these animals, it reduced the amount of the cells that break down bone tissues to release minerals (osteoclasts) [69, 70].

In the body, the gut microbiota transforms hesperidin into hesperetin-7-glucuronide. Its administration in rats helped increased bone cell formation [72].

No clinical evidence supports the use of hesperidin for any of the conditions listed in this section. Below is a summary of the existing animal and cell-based research, which should guide further investigational efforts. However, the studies listed should not be interpreted as supportive of any health benefit.

In rats with stress-induced depression, oral hesperidin reduced depressive symptoms. This may be due to the control of the HPA axis, which is a stress response system [73].

The opioid system is also a contributing factor to major depression. Hesperidin reduced depressive symptoms, possibly by interacting with this system, in mice [74].

Hesperidin helped reduce pain in mice with pain due to prolonged inflammation. It stopped cytokine production by blocking NF-κB activity [77].

A combination of hesperidin and diosmin relieved pain caused by nerve cell damage in rats [78].

A topical formulation with a hesperidin-derived compound (hesperidin methyl chalcone) reduced inflammation and oxidative damage caused by UV radiation in mice and cells [80].

A study found that valerian plants produce hesperidin and another flavonoid (6-methylapigenin). Both compounds had sedative effects in rats [81].

Further animal studies found that hesperidin enhances the sedative and pain-relieving effects of diazepam, possibly by interacting with opioid receptors [82, 83].

Below, we will discuss some preliminary research on hesperidine’s potential anticancer activity. Remember that many substances have anticancer effects in cells, including downright toxic chemicals like bleach. This doesn’t mean that they have any medical value. On the contrary, most substances (natural or synthetic) that are researched in cancer cells fail to pass further clinical trials due to a lack of safety or efficacy.

In rats, orange and satsuma mandarin juice enriched in hesperidin significantly reduced the incidence of colon and lung cancer [4].

Side Effects of Hesperidin

In clinical trials, hesperidin and juices or fruits containing this flavonoid were generally safe and only occasionally caused mild digestive effects such as diarrhea, stomach pain, and upset digestion.

Similarly, its combination with diosmin (Daflon) caused no major side effects in clinical trials [25, 87].

Because it may lower blood pressure, people with diagnosed low blood pressure may want to avoid hesperidin to prevent their pressure from dropping to too low values [41, 44].