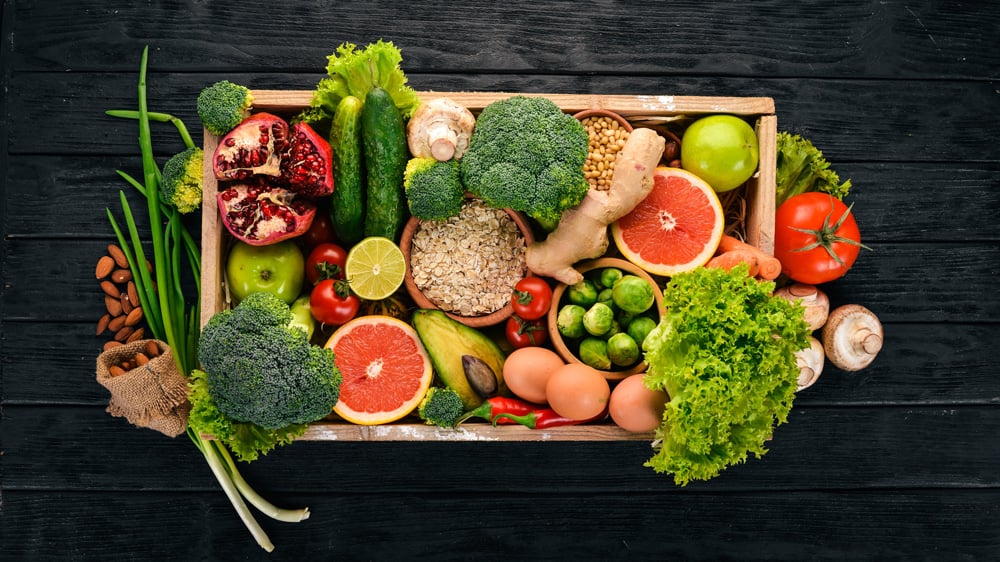 According to preliminary research, this substance found in fruits and veggies may help with a range of chronic conditions. Still, none of its potential uses are backed up by clinical evidence. Read on to learn more about potential benefits and side effects of luteolin.

Luteolin is a flavonoid present in many fruits, vegetables, and medicinal herbs. Flavonoids protect plants from microbes and other environmental threats and provide us with a range of health benefits.

Herbal traditions around the globe use luteolin-rich plants to strengthen the immune system, relieve inflammation, and even combat cancer [1, 2].

Did you know? Both “flavonoid” and “luteolin” have the yellow color in their names (Latin: lūteus, flavus). Luteolin is bright yellow in its crystalline form, but don’t confuse it with yellow plant pigment, lutein.

Green leaves such as parsley and celery top the list of luteolin-rich foods. Dandelion, onion and olive leaves are also a good source. Other luteolin foods include [3, 4]:

No clinical evidence supports the use of luteolin for any of the conditions listed in this section. Below is a summary of the existing animal and cell-based research, which should guide further investigational efforts. However, the studies listed below should not be interpreted as supportive of any health benefit.

Remember to speak with a doctor before taking luteolin supplements. They should never be used as a replacement for medical treatment.

1) May Protect the Brain and Nerves

Luteolin was able to protect the brain and enhance nerve development in different animal and cell studies by [5, 6, 7, 8, 9]:

Studies on rats with Alzheimer’s Disease have confirmed the anti-inflammatory and brain-protecting effects of luteolin. It prevented Alzheimer’s in animals by enhancing their cognition, memory, and coordination [10, 11, 12].

Luteolin may combat depression in mice by protecting the nerves in the hippocampus (brain center for emotions and memory) and activating GABA receptors [15, 16, 17, 18].

Luteolin showed similar protective effects in mice with different neurological disorders. As a result, it reduced the symptoms of [21, 22, 23, 24]:

Animal research suggests that luteolin may play a role in mental health, but human research is lacking.

The cell wall of gram-negative bacteria contains lipopolysaccharides (LPS), which can trigger severe inflammation in our bodies and cause different symptoms of a bacterial infection [25].

In studies on mice, luteolin blocked LPS-induced inflammation and protected the animals against deadly infections. It was able to increase survival by up to 44% [26, 27, 28].

Luteolin prevented LPS-induced eye infection in rats by inhibiting inflammatory molecules (TNF-alpha, nitric oxide, and prostaglandin-E2). It was as effective as a corticosteroid drug, prednisolone [29].

Cell studies have confirmed the potential of luteolin to reverse the inflammation triggered by LPS. It blocked inflammatory enzymes such as iNOS and COX-2 [30, 31].

In mice, luteolin inhibited the spreading of Epstein-Barr virus, preventing nose and throat cancer triggered by this virus. It also blocked the hepatitis B virus, which may cause severe liver damage [34, 35, 36].

In a cell study, luteolin showed potent activity against Japanese encephalitis virus (JEV), the leading cause of viral brain inflammation [37].

Luteolin has some antimicrobial and antiviral activity on direct contact and in mice.

Cardiovascular diseases still top the list of death causes, claiming ¼ of lives in the US [38].

Luteolin decreased inflammation and fat buildup in blood vessels of mice, protecting them against atherosclerosis or plaque buildup [44, 45].

Luteolin strengthened and stabilized the heart and prevented fat buildup in blood vessels in rat and mouse studies.

Luteolin relieved oxidative damage in diabetic rats, protecting them against [47, 48, 49]:

In diabetic rats, luteolin protected against complications of diabetes that damage the brain, nerves, and bladder.

In mice, luteolin prevented inflammation and allergic response in the lungs and nose by inhibiting inflammatory cytokines: IL-4, IL-5, and IL-13 [51].

It can also stabilize mast cells, which release histamine and trigger allergic reactions. Due to its anti-inflammatory properties, luteolin is being researched as a potential complementary treatment for multiple sclerosis [24].

Ever heard advice to “eat your sunscreen”? Here’s how it works: when you consume them, antioxidants such as luteolin may protect your skin from the inside and prevent UV-induced damage. Still, the same might not go for taking supplements [52].

Studies on mice have confirmed this effect of luteolin. It reversed skin aging (by blocking MMP-1 expression) and even prevented skin cancer [53, 54].

In cell-based studies, luteolin acted as an aromatase inhibitor. By blocking aromatase, it may reduce the conversion of male sex hormones to estrogens [55].

In one animal study, researchers have combined luteolin with an aromatase inhibitor drug to reduce its side effects in cancer treatment [56].

By blocking aromatase, luteolin might also work as a testosterone booster. Still, clinical trials haven’t investigated any of these effects, so they stay in the domain of theory until more research shows up [57].

Luteolin blocks aromatase in cell studies, but it is unclear whether it has this effect in humans or even in animals.

The findings discussed below stem from animal and cell-based research only. They should guide further research, but you shouldn’t interpret them as supportive of the actual anticancer effects in humans. Luteolin supplements can not prevent or treat any kind of cancer.

In studies on mice and other lab animals, luteolin prevented the growth of:

Cells studies have added pancreatic and brain cancer to the list of luteolin potential targets. According to this research, luteolin could even combat drug-resistant cancer cells and boost the effects of chemotherapy without significant side effects [71, 72, 61, 69, 73, 1].

There is currently nowhere near enough evidence to recommend luteolin for the prevention or treatment of cancer, but research is ongoing.

Despite the promising results of various animal and cell-based studies, you shouldn’t interpret them as supportive of any health benefit until more research is done.

Average dietary intake of luteolin can’t match the doses used in preliminary clinical research, and the body quickly breaks it down, which is another major issue [74, 75, 76].

Keep in mind that the safety profile of luteolin is relatively unknown, given the lack of well-designed clinical studies. The list of side effects below is not a definite one, and you should consult your doctor about other potential side effects, based on your health condition and possible drug or supplement interactions.

Treatment with luteolin and other flavonoids temporarily increased irritability in 50% of children with autism spectrum disorders [77].

In animal and cell studies, luteolin didn’t harm healthy cells or cause significant side effects [1, 72].

Luteolin blocks the effects of progesterone, which might be detrimental in cases of uterine and cervical cancer. The evidence around its effect on estrogen is contradicting and requires further investigation [78, 79].

Pregnant women and children should avoid luteolin supplements, unless under strict medical supervision.

Luteolin supplements may have adverse effects for autistic children, people with colitis, and pregnant people.

Luteolin supplements are not well researched, and they have not been approved by the FDA for medical use. In general, regulatory bodies don’t guarantee that supplements are safe or effective. Speak with your doctor before supplementing.

Luteolin is available in different supplement forms including:

Most products contain a mixture of luteolin and rutin, which is a flavonoid derived from quercetin. According to product labels, doses range from 100-300 mg per serving.

In addition to individual supplements and flavonoid combinations, luteolin is added to different herbal supplements for immunity and antioxidant support.

Luteolin is a flavonoid with intriguing anti-inflammatory and antioxidant properties. Food sources of luteolin include citrus fruits, leafy greens, cruciferous vegetables, and spices.

In animal and cell-based studies, luteolin was able to protect the brain and nerves, combat diabetes complications, boost cardiovascular health, and more. However, clinical trials haven’t confirmed the safety and efficacy of luteolin, and it’s still in the investigational phase.

Luteolin may worsen cervical cancer and some forms of colon inflammation. Pregnant women and children should avoid it, and everyone should consult with their doctor before supplementing.

What is Fenugreek? (Methi Seeds, Leaves, Tea) + Side Effects