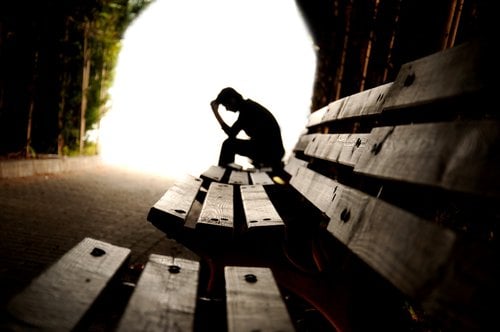 Serotonin levels strongly influence mood and social behavior. Scientists think that the serotonin 5HT1A receptor is particularly important–it seems to be entangled in the science of romance, dating, happiness, and emotional self-awareness.

Serotonin is an important signaling molecule best known as the “happiness hormone.”

Scientists describe serotonin as both a hormone and a neurotransmitter. It plays an important role in the brain, where its main job is to transmit messages between nerve cells. According to some scientific theories, serotonin is involved in all aspects of human behavior [1, 2].

However, brain serotonin comprises less than 2% of the total serotonin found in our bodies. Most serotonin (over 90%) is actually made, stored, and released by the gut [1, 3, 4].

Research suggests that serotonin is implicated in all the following processes in the body [4, 1, 3, 5, 2]:

Read more about serotonin in this article.

Interplay with Other Receptors

When we talk about serotonin-associated disorders, it‘s important to know that these disorders are not necessarily due to serotonin levels or production as such.

They can stem from issues with serotonin reuptake or the availability of certain serotonin receptors. There are over 15 different receptor types discovered to date, including 5-HT1A, 5-HT2A, and 5-HT2C [6, 7, 8].

The 5HT1A receptor is tricky in terms of its action, because its effects depend on where and how it’s activated [9, 10].

For a signal to be sent in the brain, two neurons are involved: one which sends the signal and one which receives it. The first is the presynaptic neuron; the second is the postsynaptic neuron [11, 10].

In serotonin signaling, both the presynaptic and postsynaptic neurons have 5HT1A receptors; the presynaptic receptors are also called autoreceptors since the same signal they release (serotonin) can bounce back to affect them in a sort of self or auto-regulation [11, 10].

Activating the postsynaptic receptors is linked with all the typical serotonin actions, such as anti-anxiety and mood-boosting properties. However, increased autoreceptor activity causes a reduction in serotonin, as this pathway is meant to prevent excessive signaling [10].

Limited evidence suggests that the 5HT1A receptor plays a role in depression.

For example, one study found lower 5-HT1A receptor production in certain brain areas (the prefrontal cortex or DLPFC and hippocampus) in people with major depression. A decrease in 5-HT2A receptor production, on the other hand, was associated with bipolar disorder [12].

What can we conclude from this study?
To start with, let’s remember that the role of 5-HT1A receptors in mood disorders and depression is still highly speculative. It might have some influence, but we’re not sure how relevant this is.

Additionally, the above-mentioned study – as well as the majority of studies covered in this article – deal with associations only. In other words, a cause-and-effect relationship hasn’t been established.

Just because depression has been linked with low 5HT1A activity in certain brain areas doesn’t mean that depression is caused by low 5HT1A. Data are lacking to make such claims.

Also, even if a study did find that low 5HT1A activity contributes to depression, this receptor is highly unlikely to be the only cause. Complex disorders like depression always involve multiple possible factors – including brain chemistry, environment, health status, and genetics – that may vary from one person to another.

Too Much of a Good Thing?

As you are probably aware by now, neuroscience is not as simple as basing effects off whether a certain compound – like serotonin – is simply “increased” or “decreased.”

Here’s one famous example: both antidepressants – like buspirone and SSRIs – and the street drug MDMA “increase” levels of serotonin, but their pharmacological effects are completely different. And let’s not forget about psychedelics like LSD, DMT, and psilocybin, perhaps even more famous for activating serotonin receptors in the brain [13, 14].

What we see with serotonin is not an exception in neuroscience, it’s the rule. As another example, let’s take a look at dopamine…

Dopamine seems to be great for increasing motivation and attention. Prescription stimulants can therapeutically target it to help people with ADHD. But too much dopamine is also involved in addiction. Various substances and behaviors (say, gambling) reinforce addiction by hijacking the dopamine system [15].

An imbalance in serotonin, dopamine, and norepinephrine may play a role in bipolar disorder. It has been proposed that the combined low levels of these 3 neurotransmitters, and not serotonin alone, may contribute to mood disorders [17].

Note: Both psychedelics like LSD and psilocybin as well as MDMA (“ecstasy”) are illegal drugs. They are classified as Schedule I drugs, which means that they have no medical uses and a high potential for abuse and harm. Having possession of these substances can result in criminal prosecution.

The FDA recently approved a trial with a psilocybin-based drug in people with depression under a Breakthrough Therapy Designation. Another trial was approved under the same procedure for MDMA in people with PTSD. However, until the results of these studies are published and carefully reviewed by regulatory bodies, both compounds remain classified as illegal drugs.

Scientists are investigating whether 5-HT1A activation can [20]:

Most of these proposed mechanisms are highly experimental and haven’t been confirmed in proper human studies.

5-HT1A receptor activation is hypothesized to induce the secretion of the following hormones [35, 36, 37]:

Other research groups suggest that the 5HT1A receptor might help set the circadian rhythm, though this also remains unconfirmed in humans. In hamsters, 5HT1A activators induce a significant phase advance, which makes the animals wake up earlier under constant light conditions [39].

The 5HT1A activators accelerated the rate of entrainment in hamsters that appeared to shift the circadian rhythm [39].

Another study found 5HT1A activators had an inhibitory effect on Per1 and Per2 mRNA levels in the SCN (which is induced by light). This occurred only during the hamster’s mid-day, but not during the time described as early day or night [40].

Human studies are needed to clarify these links.

5-HT1A has been nicknamed the “single” receptor thanks to one highly-publicized Chinese study. In this study, researchers found a surprisingly robust link between 5HTR1A variants and relationship status [41].

More about how 5HT1A might affect romantic relationships in our personalized genetics blog at SelfDecode.

This brings us to the next association: why “self-transcendent”?

One famous PET imaging study suggested a link between 5-HT1A density in certain brain regions (the raphe nuclei, hippocampus, and neocortex) and self-reported tendencies to have spiritual experiences. It was published in 2003 and included 15 healthy men – a small and uniform sample it’s impossible to draw conclusions from [42].

Fast forward to 2018, and the authors of this study failed to replicate their findings on a larger sample. When they examined the same link – 5HT1A receptor density and measures of spirituality – in 50 healthy men, they stumbled upon a lack of correlation [43].

This implies that the speculated “self-transcendence” link simply doesn’t exist, based on the best evidence we have.

If your goal is to increase 5HT1A/serotonin to improve your mood-related issues – including those of depression or anxiety – it’s important to talk to your doctor, especially your mood is significantly impacting your daily life.

Additionally, changes in brain chemistry are not something that people can change on their own with the approaches listed below.

Therefore, you may try the complementary approaches listed below if you and your doctor determine that they could be appropriate. None of these strategies should ever be done in place of what your doctor recommends or prescribes.

Speak with your doctor before taking any supplements. Make sure to let them know about any prescription or over-the-counter medication you may be taking, including vitamins and herbal supplements.

This is particularly important if you are already taking medications (such as antidepressants) or supplements that may increase serotonin levels. Interactions or incorrect dosing may cause serotonin syndrome, a serious condition that results from too much serotonin in the body.

If you and your doctor agree that supplementing is a good idea, choose products made by a trusted and reliable manufacturer.

Remember that dietary supplements have not been approved by the FDA for medical use. Supplements generally lack solid clinical research. Regulations set manufacturing standards for them but don’t guarantee that they’re safe or effective.

We’re providing a summary of the existing research, which should guide further investigational efforts.

The studies listed below were mostly done in animals and should not be interpreted as supportive of any health benefit in humans.

What Might Decrease 5HT1A Autoreceptors or Increase Postsynaptic Receptors

Scientists are investigating whether the following hormones or drugs affect 5HT1A signaling in animals and cells:

Hypothesized to Modulate the 5HT1A Receptor

Remember that the factors listed in this section are theoretical or anecdotal. They aren’t backed up by solid research.