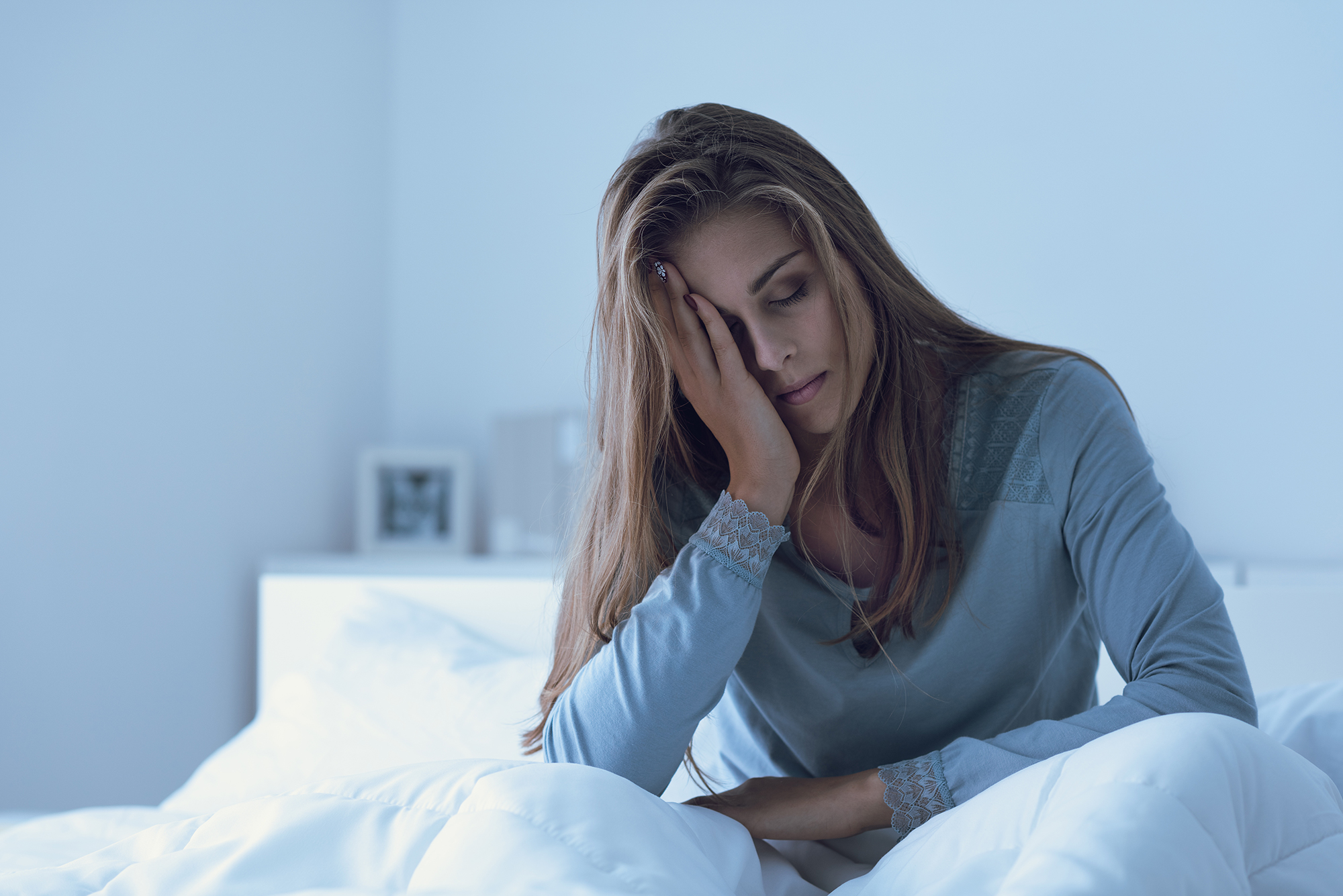 Is adrenal fatigue a real condition? Can the adrenal glands get too “tired” to produce adrenaline, cortisol, and other hormones? Read on to find out.

To address so-called “adrenal fatigue”, one would need to find out what factors are causing inflammation and oxidative stress.

Read this post to learn about another potential source of “adrenal fatigue”.

What is “Adrenal Fatigue”?

James Wilson coined the term “adrenal fatigue” in his 1998 book of the same name.

The adrenals produce several hormones such as adrenaline, which is responsible for the “fight-or-flight” response.

So-called “adrenal fatigue” is the belief that the adrenal glands have become exhausted and unable to produce adequate quantities of hormones, primarily cortisol and adrenaline.

Is There Any Scientific Support For “Adrenal Fatigue”?

A search of PubMed for “adrenal fatigue” brings up only eight results.

None of the results contain any substantive information or provide any markers or a sound biological basis for adrenal fatigue.

On the other hand, chronic fatigue syndrome, for example, has plenty of biological markers to speak of and scientific studies behind it.

The problem with the adrenal fatigue concept is that the underlying biology seems false since our adrenals have a pretty good capacity to pump out enough cortisol.

When animals undergo chronic stress, their adrenals get bigger. The body has a good ability to adapt and make more cortisol [1].

If you notice any of the above symptoms, make sure to see your doctor and get adequate medical care. Addison’s disease can have serious complications if left untreated.

Nonspecific symptoms of fatigue aren’t evidence of adrenal fatigue because there are many scientifically validated causes of fatigue that don’t arise from adrenal dysfunction.

Low or high cortisol levels are found in many conditions, especially cognitive disorders.

Chronic stress response activation contributes to a variety of health problems, including depression. However, the adrenals themselves are not the problem. Inflammation and other factors seem to play a central role.

What Endocrinologists Have to Say About “Adrenal Fatigue”

“‘Adrenal fatigue’ is not a real medical condition. There are no scientific facts to support the theory that long-term mental, emotional, or physical stress drains the adrenal glands and causes many common symptoms.” [3]

The Symptoms/Criteria of “Adrenal Fatigue”

According to adrenalfatigue.org, answers to the following questions can help uncover “adrenal fatigue”:

If you answered yes to any of these questions, you may have adrenal fatigue.

Additional symptoms and criteria include:

The problem is that almost anyone could be diagnosed with “adrenal fatigue” using the above criteria.

How is Adrenal Fatigue Diagnosed?

Anecdotally, it’s diagnosed by checking cortisol levels in the morning and throughout the day. This is highly problematic as a diagnostic test because many different factors can influence cortisol levels.

Fatigue is a general symptom that can be caused by numerous causes.

All of the symptoms and diagnostic criteria above can be explained in a way that has much more evidence to it.

First, the hypothalamus plays a major role in fatigue; it works principally through orexin, but also histamine neurons.

In short, the most common cause of fatigue may be inflammation (IL-1, TNF) and mitochondrial dysfunction, both of which lead to the suppression of orexin neurons.

This inflammation can be localized in the hypothalamus. Inflammation directly leads to the suppression of orexin.

Mitochondrial dysfunction indirectly leads to the suppression of orexin by reducing orexin sensitivity, which is mediated by high glucose [4].

Is Salivary Cortisol a Good Test?

Cortisol levels may be a good indicator of someone’s circadian rhythm.

When orexin neurons are suppressed, that interferes with cortisol production, as Orexin A stimulates cortisol release [5].

Since orexin is being suppressed (from mitochondrial dysfunction and inflammation), cortisol rhythms often shift and people have lower AM cortisol and higher relative PM cortisol. This is one possible/theoretical reason.

When cortisol is low, it’s not feeding back to inhibit CRH, which is causing more hypothalamic dysregulation as a result of acutely excess CRH.

On the other hand, if cortisol is high, that could mean that CRH is chronically high.

Countless studies speak about cortisol being too low or high in relation to various diseases, usually cognitive-based conditions. For example, PTSD has been associated with lower cortisol and higher DHEA [6].

Why Cortisol is Low and DHEA is High

It’s unlikely that cortisol is low from adrenal malfunction because DHEA is also produced by the adrenal gland and it’s relatively high usually.

One reason why this imbalance may occur is because of the hormone CRH (the release hormone for ACTH and Cortisol).

The enzyme that causes cortisol to increase (3betaHSD via PKA) is stimulated by ACTH [7], but ACTH may be reduced in chronic stress as a result of glutathione depletion from oxidative stress caused by CRH [8] (just a theory).

Low cortisol levels could also be due to HPA axis under-activity, increased negative feedback sensitivity (from cortisol) and/or changes in enzymes that metabolize it.

In PTSD, people are more sensitive to cortisol inhibiting the HPA axis because of higher glucocorticoid receptor density [9].

There are also changes in the enzymes 11β-HSD1, 11β-HSD2, and 5α-reductase, which affect cortisol levels [9].

The following are possible explanations for the most common symptoms attributed to “adrenal fatigue”:

1) Fatigue. Already talked about. The lateral hypothalamus controls fatigue via orexin. This has nothing to do with cortisol levels.

2) Stress. It may actually be more from CRH (produced in the hypothalamus) than cortisol. Stress response can activate for a number of reasons.

A variety of cytokines like IL-1, TNF and IL-6 can stimulate the hypothalamus to release CRH, which eventually increases cortisol.

3) Cravings. The ventromedial hypothalamus (VMH) is actually the part of the brain that is responsible for cravings and appetite. It works via orexin, NPY, Leptin and other hormones.

5) Gut problems. The hypothalamus controls two chemicals called VIP and CRH, both of which influence gut function. CRH has a known role in IBS [13]. Various cytokines like IL-8, IL-6, IL-1b, and TNF also contribute to IBS and gut problems (directly and indirectly). TNF and inflammation increase CRH [14]. Oxidative stress and inflammation may be at the root of gut problems, not low cortisol levels.

7) Decreased/increased appetite. The hypothalamus control appetite through orexin, ghrelin, NPY, T3, leptin, norepinephrine, serotonin, MCH, FGF21+19, and GLP-1 all of which influence appetite and interact with each other [17, 18, 19, 20].

9) Fear/Anxiety/Stress/OCD/Overly Emotional. The picture below shows how the hypothalamus executes fear from the amygdala. CRH can play a role in these issues by increasing glutamate excitation.

Specifically, the ventromedial hypothalamus (VMH) is involved in fear [15].

10) Low blood pressure, increased thirst, and urination may stem from low ADH, which is also released by the hypothalamus.

11) Insomnia could be from hypothalamic activation and circadian disruption, which inflammation is known to cause. CRH inhibits GHRH, which will cause sleep problems. Again, it’s the hypothalamus, not your adrenals.

12) Hormonal issues. The hypothalamus is the center for hormonal control. It controls the thyroid, pituitary, and adrenal glands, for example.

13) Blood sugar swings, shaking, and hypoglycemia. The hypothalamus (paraventricular nucleus) controls glucose sensing/balance; a disbalance may lead to hypoglycemia, which can cause shaking [23].

15) Losing weight. The hypothalamus is a key player in weight control. Inflammation from TNF may cause a person to lose weight as a result of reduced hunger.

16) OCD and an inability to let go of thoughts. The hypothalamus is responsible for attachment behaviors. Glutamate excess (from high CRH) and low serotonin might also contribute.

Still, this doesn’t mean that everyone with adrenal fatigue has a hypothalamic problem. The issue could be thyroidal, sleep apnea, Addison’s disease, depression, etc.

Many of the listed symptoms above could also be as a result of having low levels of T3, which is the active thyroid hormone. Doctors don’t routinely measure the levels of T3, so low T3 is often undiagnosed.

Other possible contributing factors include:

The bottom line: there’s scientific evidence for alternative, more reasonable explanations for the symptoms of “adrenal fatigue”. A fake diagnosis will only hold a person back from really understanding what’s going on.

The hypothalamus is involved with all of the listed diseases (either directly or indirectly), but it’s not always the starting point.

Chronic Stress is Terrible, But Not Because Our Adrenals Are Fatigued

There are many reasons why chronic stress is unhealthy, but none of them have to do with low cortisol or adrenal insufficiency.

The most harmful aspect of stress is high Corticotropin Releasing Hormone (CRH), which is released by the hypothalamus and leads to the eventual production of cortisol.

Some of the negative health implications of chronic stress include:

Unlike “adrenal fatigue”, all of the listed mechanisms are based on science.

How is “Adrenal Fatigue” Treated?

If you notice any of the symptoms discussed above, make sure to see your doctor. Some health practitioners use the following complementary approaches to treat the symptoms of “adrenal fatigue”, but they are not approved for prevention or treatment of any underlying condition that may be causing your symptoms.

Astragalus, Rhodiola, Eleuthero, Ginseng, Licorice, Schisandra, and Cordyceps are just a few examples of supplements given for adrenal fatigue.

Interestingly enough, all of them interact with the hypothalamus. They may be effective if used for the right condition, but for reasons that don’t have to do with the adrenal gland.

So, even though the complementary approaches may reduce the symptoms, the biology is completely misunderstood.

One potential issue with this approach is that the patient’s immune system can be overactive, and most of the listed supplements are immune stimulants. So not understanding our biology can have negative consequences in how we treat diseases.

Adrenal fatigue is a misconception that arose as a result of misunderstanding biology, making faulty associations, and a good marketing opportunity. Many well-meaning people have been misled by this false diagnosis.

Other factors, such as a disbalance in hypothalamus functioning, likely cause the most common symptoms attributed to “adrenal fatigue”.

How to Deal With “Adrenal Fatigue”